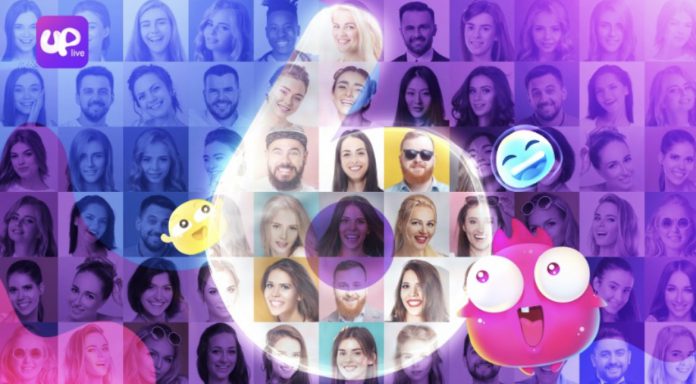 Since its inception in 2016, Uplive has amassed a user base of over 300 million across 150 regions, becoming one of the most popular live social platforms globally. Regionally, the ad-free live video platform has also experienced remarkable growth in the Middle East fueled by the ballooning demand for homegrown content.

In 2021, Uplive ranked among the top consumer spend apps in APAC on App Annie, ranking number one in Hong Kong and Taiwan, and fourth in Singapore and the Philippines. Uplive was also among the fastest-growing global live-streaming apps in the past year, according to Sensor Tower. Uplive ranked third, among global android social apps in the fourth quarter of 2021, ranking above Facebook. Uplive’s continued growth highlights its excellence as a digital platform that fosters human connection.

In the Middle East, the platform’s growth has primarily been driven by its strategy to encourage localized content creation and consumption, especially among the Arabic-speaking youth.

Uplive provides more than entertainment; through virtual gifting, Uplive enables a direct relationship between creators and their fans. Creators across emerging markets are empowered to earn while pursuing their dreams.

For example, streamers in Vietnam with over 5,000 fans can earn an average of US$331 a month with just over three hours spent streaming each week. This amounts to about US$25 per hour, which is well above Vietnam’s average hourly income of US$4.

GCC-based creators have now turned their talents into well-paying careers month on the back of a growing appetite for Arabic content further positioning the livestreaming platform as the go-to content creation partner in the region.

Beyond streaming on the app, through branding events, such as the Uplive and Hekka sponsored event at New York Fashion Week and the 2022 Uplive World Stage Singing competition, creatives from emerging markets are showcased on a global stage.

“Uplive has helped me to achieve two things since joining the platform. One, it has enabled me to enhance my content creation skills by exposing me to other talented creators from other parts of the world. Two, Uplive has opened a new income stream for me. Today, livestreaming is not just a hobby for me, it’s now a fully-fledged career. Apart from being able to reach a wide Arab-speaking audience through creating and sharing culturally accepted and enriching content, I am now able to earn a decent living while enjoying what I do,” according to a GCC-based content creator.

As Uplive advocates for celebrating diversity through innovative technology, it maintains its commitment to enriching people’s lives through its environmental, social, and governance goals. As part of its sixth anniversary, AIG announced its new ESG principal values – Advance, Impact and Guard – which guide the company’s drive to empower users from all walks of life across the world.

In the past year, Uplive has leveraged its platform to generate support for orphanages in the Middle East and North Africa and earthquake victims in Indonesia, among other social outreach projects.

“We are proud of all that Uplive has done in the past six years to bolster previously underserved emerging markets and we are excited to continue to develop the creator economy in these regions and particularly the GCC where we’ve witnessed a growing demand for localised content among the youth,” said Andy Tian, CEO, AIG. “Uplive’s success indicates the global appeal for a platform to showcase diverse talents and forge authentic human connections online.”

With its continued user growth over the past year, Uplive is poised to reach new horizons as it continues to improve and expand its live social streaming products. In June of 2022, AIG launched a real-time live social avatar feature on Uplive. This feature utilizes revolutionary facial mirroring technology to allow users to generate authentic emotional connections and react in real-time while ensuring their privacy is protected. Most importantly, all these features are available on any smartphone, meaning that users can now access the metaverse without needing specialized, expensive equipment. Uplive is bridging the digital divide across the globe and making the metaverse more accessible than ever.

Asia Innovations Group (AIG) is a leading live social company with more than 600 million registered users located in over 150 regions worldwide. It has built a comprehensive and diverse portfolio as it seeks to achieve its mission of enriching people’s lives worldwide through innovative and enjoyable live social products that foster meaningful human connections. AIG’s portfolio includes leading apps such as Uplive, the global live video platform, CuteU, and Lamour, leading dating apps in global emerging markets, as well as other fast-growing voice and game-based live social apps. It includes operations in eighteen offices around the globe that brings deep local market knowledge across all major emerging markets. Combined with cutting-edge technology and scalable global infrastructure, AIG is bringing the most exciting social product experiences to users across emerging markets.

“Hajj Expo Slated for January 2023, under the Patronage of Makkah Governor“