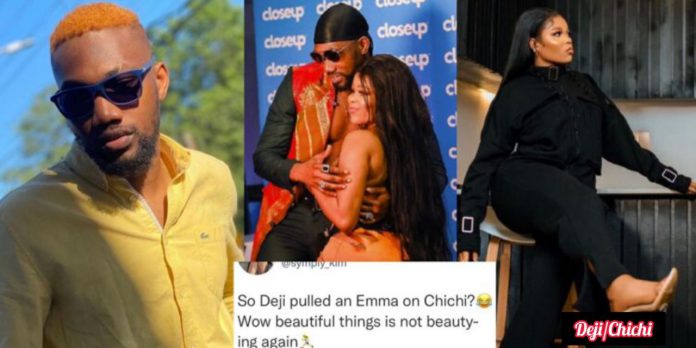 In reaction to the allegations, Deji Morafa took to his verified Twitter handle on Thursday morning, December 1, to debunk the claims as false.

“I am seeing a lot of narratives invented by people who have nothing better to do with their lives”, he tweeted.

“Y’all really need to rest with all these fake gists tbh. It’s appalling. Una go dey talk rubbish until dem use police carry una for false narrative. Continue if you know say you no wan enjoy your Christmas for house.

Na me cause am. I should have just stayed on my lane pre BBN posting my fragrance content and be on my medical lane cashing out. All these bbn fans/trolls don see me finish; a whole Dej.

“Bruhhh it’s almost 2023 and people still think tagging someone gay/homosexual is a form of abuse. & you guys should leave every other housemates name out of this. Because i am close to them doesn’t mean you can disrespect them.

It’s sad for them that I would never be caught explaining anything. Y’all should keep the clout, I don’t want it. Making more money and collecting more fragrances is the ultimate goal. ❤️💡”

Singer BNXN aka Buju clash with his Colleague, Ruger over who...