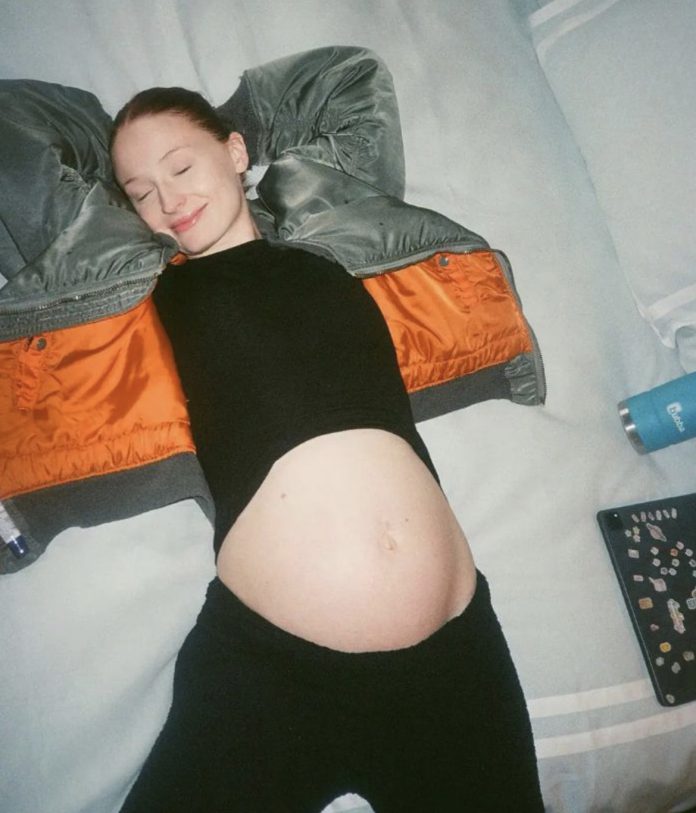 Game of Thrones star, Sophie Turner dropped an adorable, unseen photo of her baby bump, just weeks after welcoming her second child, a little girl, with husband Joe Jonas.
Sophie in the throwback picture was wearing a cropped black top and matching pants, giving fans a full look at her bare belly with a bump.
‘Full of baby,’ she captioned the photo, which appeared to be taken during the third trimester of her most recent pregnancy.
At the time, Sophie only shared baby bump photos after delivering.
The photo however generated massive reactions from fans and colleagues, with colleague actress Cynthia Erivo gushing that she looked “beautiful”.

EAC leaders to evaluate situation in Eastern DRC at summit in...

Exemption of pension funds from debt exchange must stand – CLOGSAG

Shutting Dowen College down is not enough – Kanayo O. Kanayo