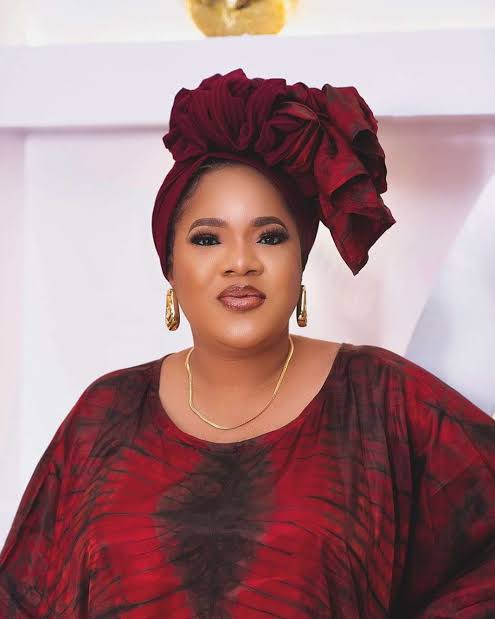 Actress and movie producer, Toyin Abraham has warned her colleague,  Lizzy Anjorin to desist from cursing her son Ire and husband, Kolawole, saying she would not sit back and watch Anjorin drag her family through the mud.

It will be recalled that Abraham and Anjorin have had a frosty relationship for about three years now after news filtered into town alleging that Anjorin was held and searched for drug peddling during a trip to Saudi Arabia.

Trouble started between the two popular actresses when Anjorin alleged that Toyin Abraham was behind the leaked story but the mother of one denied the allegation.

They both dragged themselves on social media platforms some years back using expletive words and calling each other unprintable names.

Recently, Anjorin who welcomed a new baby with her husband granted an interview where she was said to have revisited her sour relationship with Abraham and was said to hurled abusive words on Abraham, her son and husband.

Reacting to Anjorin’s recent attack on her family, Abraham during a live Instagram session with her colleague, Iyabo Ojo, Abraham with teary eyes said she has never had any bitter feelings of resentment towards Anjorin, wondering why she has kept hurling curses on her family.

“I did not talk or say anything, but for this, I will stand up for my son. When the incident happened with Liz Anjorin, I did not know about it because it was during that time that I put to bed. They did not let me have my phone because I had just delivered my baby.

“It was after about two months that they gave me my phone and I saw all the messages, and hers was part of it. This is the Holy Bible that I am holding; let the Holy Bible judge me.

“It is so funny because Lizzy is not my friend and I do not know her; Saudi or no Saudi, I have never heard of it. How do I know her movement?”

The ‘Alakada’ actress added, saying she had met Anjorin twice in her life, insisting that she would not keep quiet this time and watch her husband and son’s name being dragged for no reason.

Eva Alordiah advices parents on sex education for their children