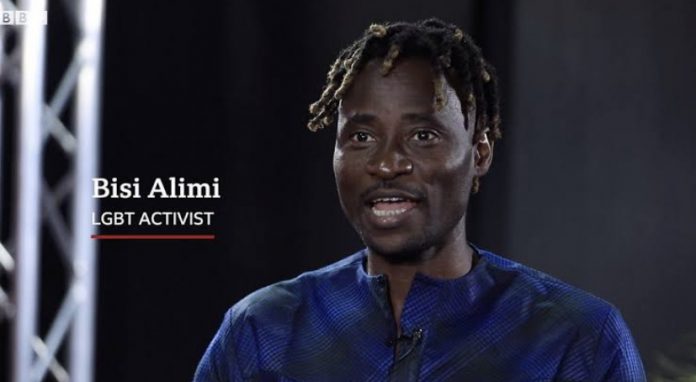 Bisi Alimi, an HIV/LGBT advocate has argued that the existence of heaven may just be a fluke. However, he argued even if heaven exists, Nigerians will never make it there.

Alimi, who gained international attention when he publicly declared his sexuality on television, explained Nigerians are always quick to beg for the rapture to take place as if they already have admission letters into heaven.

He wrote: “The way Nigerians beg for the rapture to happen, you will think they already have admission letter to the so-called heaven. “But I got news for you! No one in Nigeria will make heaven (that’s if there is anything like heaven in the first place), Not even ghetto heaven.”

Alimi was born in the Mushin district of Lagos to father Raski Ipadeola Balogun Alimi (a Nigerian police officer) and Mother Idiatu Alake Alimi (a university clerk). He was raised in Lagos, where he attended primary and secondary school. He was the third in a family of five children from his mother, and sixth from a family of ten children from his father. He later changed his name to Adebisi Alimi.

Singer Brymo explains why every man should cry on his wedding...