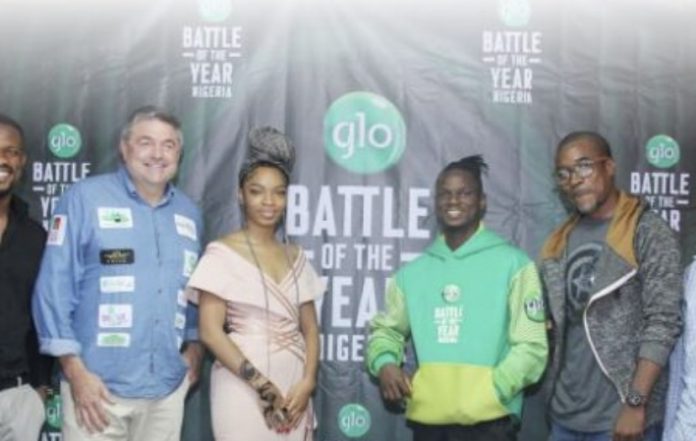 Popular Street dancer, Poco Lee, has been declared openly as a judge for the international breakdance show, Battle of the Year.

This is coming after telecommunications giant Globacom decided to throw its weight behind the dance tourney with a staggering winning prize of N84 million.

He joins USA’s Gidnasty, Netherland’s Menno, Germany’s Manuela, Cameroon’s Poxy as judges of the show, which is scheduled to kick off in 2022. Other judges announced by the show’s sponsor at a recent event include Pinky Debbie, Izzy Odigie, Big Flo, Maxbuck, Dunamis, Franc Okwara, and JC Jedor.

Popularly known as BOTY, the “World Cup of Breakdance”, is the world’s biggest hip-hop dance show, which began in 1990. The regional qualifying tournaments are held worldwide with the world finals usually staged in Germany.

Globacom’s Director of Communications, Andre Beyers, who gave details of the company’s collaboration with the global dance show said that the show would offer unlimited opportunities for Nigerian youth to pursue their passion for dance.

“In line with our commitment to promoting the Nigerian entertainment industry and youth talent development across the country, we are excited to unleash the unlimited potential of Nigerian dancers and provide the platform for them to showcase their abilities on the world stage,” Beyers said.

While motivating interested dancers and dance crews to enter the competition via a dedicated website, Beyers explained that participants are required to upload a 30-second entry video, after which the top 20 entries per region in each category will be selected.

Regional stages of the competition will be held across six states namely, Lagos, Kaduna, Benin, Port Harcourt, Enugu, and Abuja, and will be beamed in a thirteen-series television show.

Somalia’s success against Al-Shabaab is in the region’s best interest: Ruto

“You are disgracing yourselves and your families” – Orezi blows hot