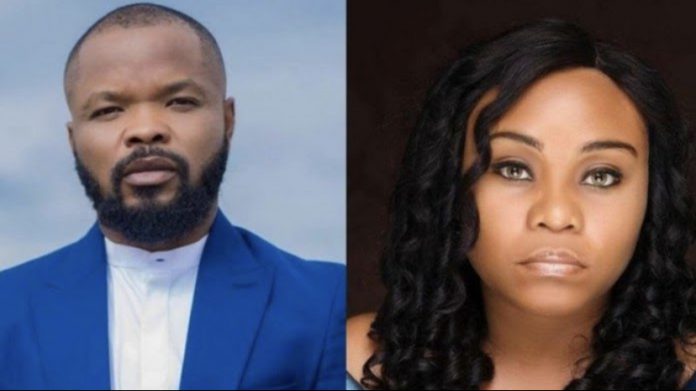 The Lagos State Police Command has asked for Uzoamaka Ohiri, the former wife of a comedian, Chinedu Ani, a.k.a Nedu

It was learnt that policemen attached to the State Criminal Investigation Department, Panti, attended to her home in the Ajah area of Lagos State on Tuesday evening, but she was not at home.

They later told the security guard to inform her to report to the SCID on Thursday.

“They asked the security guard to sign a document and then they asked her to come to their station.”

A member of her legal team said, “It is true. She was asked to report at the SCID tomorrow morning,” he said.

“She may have already been arrested because I have not been able to reach her all day,” Uzoamaka’s cousin, Peter, said.

The mother of three has been trending on social media for the last five days after indicting her ex-husband of domestic unrest.

In his reaction to his ex-wife’s statements, Nedu said he had been the sufferer of domestic turmoil, rather than Uzoamaka.

It could not be verified  the reason for the Police request as of Press time, as the Police Public Relations Officer, Adekunle Ajisebutu, could not be reached on the telephone on Wednesday, yesterday

CHAN 2022: Black Galaxies to face Cameroon or Niger in the...

Burna boy praises sister as one of the creators of the...