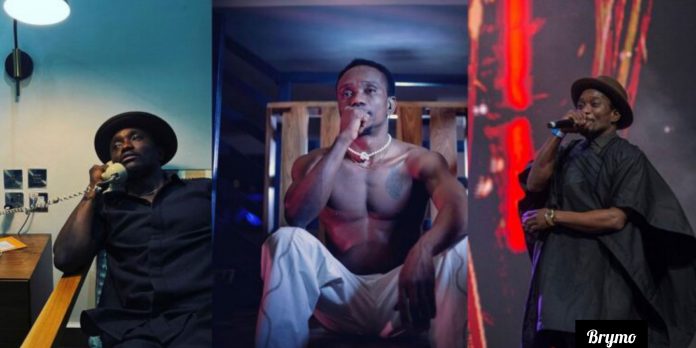 Nigerian Singer, Olawale Oloforo, professionally known as Brymo has stated reasons every man should cry on his wedding day.
Brymo gave the reason while replying to a twitter adviser, Jon who argued that men are not supposed to cry on their wedding day.
The user had written;
”A man shouldn’t cry on his wedding day. If anyone should cry, it’s the bride’s father. He knows what it takes to have a daughter that’s worth being another man’s wife. And he’s relinquishing his authority to him. Why are you crying when you’ve not even done anything? End.”
Brymo responded that;
‘ Person raise daughter to full grown woman, you show up, say cos na marriage you take her father name replace am with your own. What have you done to deserve that she bears yours for last name ??.. – what do you think it’ll cost you ?.. every man should cry about that too.”

Any politicians offering you money for vote won’t serve you —...