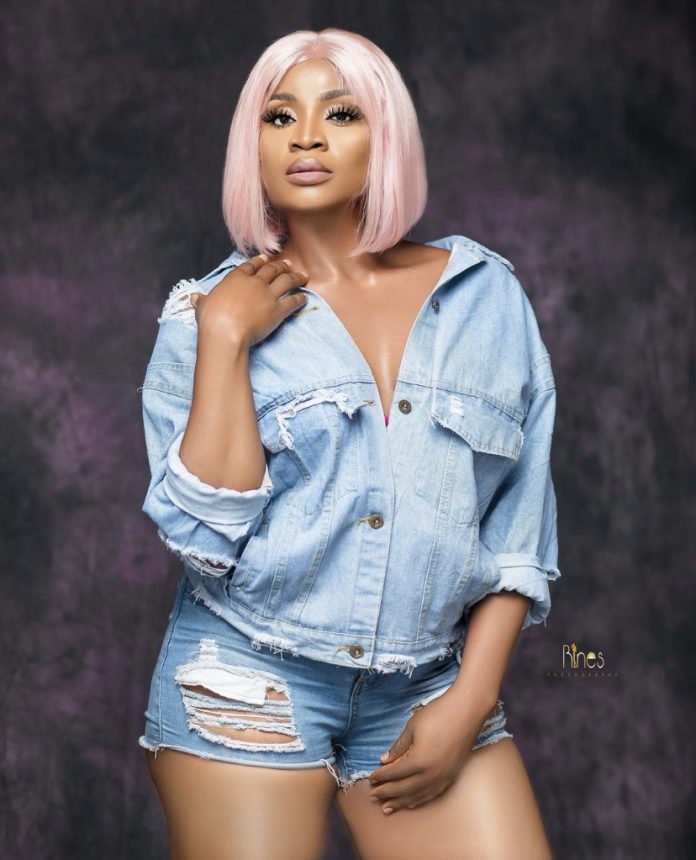 Nollywood actress, Uche Ogbodo has counted blessings as she relived her near-death experience.

The actress and mother of two explained how she was diagnosed with acute Angioedema and recounted how she was told she may not make it past the year 2020.

According to her, doctors said she may drop dead any time.

The actress expressed herself saying:

“I am that woman the Lord showed mercy and I am finally ready to share my testimony.

“Better half of 2020 was the worst time of my life because I was told I was gonna drop dead.

“According to doctors, they said my condition could only be managed and the worst case scenario was death and I might not know when death would come.

“They said I could be walking down the street and just slump because my heart could stop beating due to suffocation from acute Angioedema.

“They advised me to relocate because I can’t survive here in Nigeria.

“They said I should stop coming to the hospital every two days to take steroid shots that help me with the swelling and itching from acute urticaria.

“I almost lost hope. I had started making plans of exit putting my properties in my younger sister’s name and my baby Mildred’s name because I believed if I left this earth my sister would care for my baby better.

“But one thing I never did was give up on my God! I prayed! I fasted ! I hoped! I sowed seeds! I wailed in agony most nights.

“I couldn’t sleep due to attacks, I didn’t know what to do anymore, my body started rejecting medication even the steroids stopped working, so I decided on my own to give up my medication, but I never stopped praying until God showed up for me.

“Since my immune system was super weak and my hormones were malfunctioning, I wasn’t even seeing my periods most times.

“I was shocked when I got pregnant! Instead of dying, I became pregnant with my Bunny, and my life changed; that pregnancy changed my life!

“It glowed my body and demolished all my attacks, I could now breathe, I no longer had things blocking my airways, and Ididn’t have problems with my heart anymore!

“This was the major reason I was dancing all through my pregnancy because God gave me a second chance at life and even dashed me a beautiful human being that used her father’sgenes to reset me.

“I can’t explain this miracle but I know that what God cannot does not exist! 2022 we move! Healthier and more vibrant!”

Body parts in fridge: ‘I couldn’t forgive her for cheating on...

It makes no sense attending funeral of who you don’t relate...