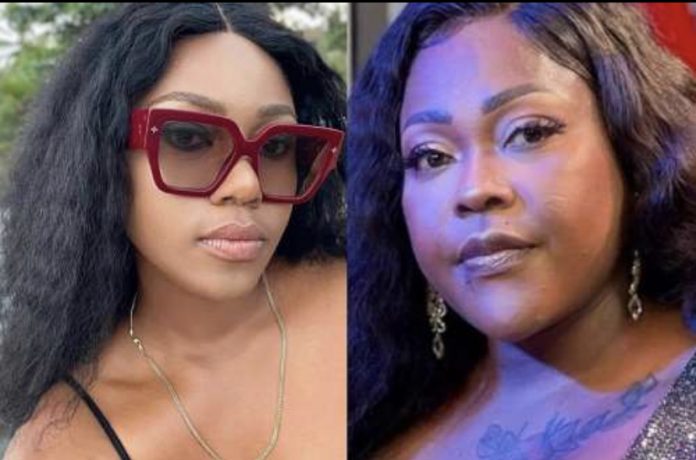 An Accra High Court has awarded Yvonne Nelson GH500,000 in a defamation case against Mona Gucci for malicious statements she made about the award winning actress on Accra-based Neat Fm.

Mona who is a socialite and presenter was not in court when the judgement was passed.

The Court presided over by Justice John Eugene Nyante Nyandu ordered Mona to pay GH¢500,000 to Yvonne and also apologise for her defamatory publication about the celebrated actress.

Also, she has been restrained from making any more defamatory comments about the Princess Tyra actress.

In May 2020, Mona in an interview with Neat Fm, a subsidiary of the Despite Media Group named an extensive list of Ghanaian female media and social personalities as “slay queens.”

The “slay queen,” term according to her can be equated to a woman of loose morals, who under the cover of legitimacy engages in prostitution and other illicit activities for sustenance.

In the said interview Mona boldly mentioned Yvonne Nelson’s name among her list of people she referred to as slay queens.

“Yvonne doesn’t show off, but she is a slay because you know the slay queen it entails a lot, we have both showing off and some contacts and people who we know that the things that you do and the lifestyle you exhibit, someone is paying for you behind the scenes,” she alleged.

The Court how granted the application as prayed by Yvonne Nelson’s counsel.

Stop the fake life you are all living” – Angela Okorie...