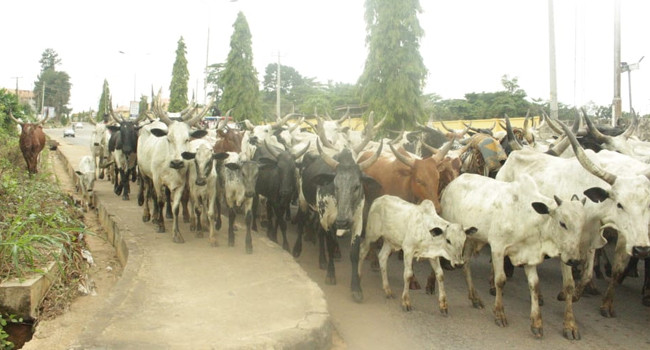 The Ondo State Security Network Agency also known as Amotekun Corps, have seized one hundred cows after its owners flouted the open grazing law of the State.

Commander of the Amotekun Corps in Ondo State, Adetunji Adeleye said the cows were seized after Amotekun operatives responded to a distress call of cows blocking the Ilesa-Akure expressway. 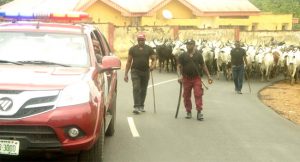 Adeleye said the herdsmen took to their heels upon sighting the operatives of the Amotekun Corps, abandoning their cows. He added that it took his men about 30 kilometres walk to control the cows to the corps’ headquarters in Akure, the State capital.

“Our men controlled the cows to the headquarters of our office which was about 30 kilometers from the point they were intercepted.

“We should take note that our men are in all the 18 local government areas and we are on 24 hours patrol. We arrived at the scene promptly.”

The Amotekun Commander added that some kidnappers use illegal cattle grazing as a ploy to waylay and kidnap innocent residents of the state.