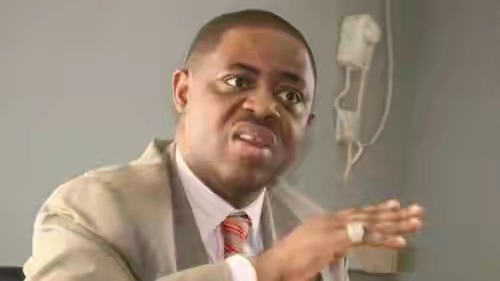 Femi Fani-Kayode, the former Minister of Aviation in Nigeria has cautioned the Chief of Army Staff, Tukur Buratai, to resist deploying troops against the #EndSARS protesters.

He emphasized that any attempt to do such may turn the #EndSARS movement into #EndNigeria campaign, adding that no force will be able to resist or stop it.

He said this via his Facebook page on Sunday, while explaining that Nigerians had the constitutional right to protest against bad leadership without fear of intimidation and therefore governnent must not attack them.

Fani- Kayode said, “We will not wait before more blood is shed before we speak and before we send out this warning.

“We will not wait until there is another mindless and needless massacre and massive shedding of innocent blood by our security forces before we shout out.

“We say this today, we say it without fear or favour and we say it for everyone, both friend and foe, to hear loudly and clearly: the determination to use brute force and to kill innocent young men and women in an attempt to crush this protest comes with a very heavy price tag and butchers bill.

“The plan to deploy soldiers in our streets and to slaughter # EndSARS protesters in the same way that the Shiite Muslims and IPOB youths were once slaughtered by the military and security forces will be Lt. General Tukur Burutai and President Muhammadu Buhari’s biggest mistake and gravest error.

“This must never happen and if it is true that they are seriously contemplating it then they should reconsider and think again!

“If for any reason whatsoever, they go ahead, it will turn the #EndSARS movement into the #EndNigeria movement and no force or power in hell or on earth will be able to resist or stop it.

“We warn again: do not unleash the dogs of war and demons of hell on these protestors.

“The consequences of going ahead and doing so, amongst much else, will be that you will end up in the International Court of Criminal Justice and be prosecuted for crimes against humanity and genocide in the not too distant future.

“These young men and women are fighting for their future: they cannot and will not be intimidated. The threat of mass murder or genocide or its actualisation will not stop them: rather it will embolden them and turn them into martyrs for democracy.”

Teenage arrested in Adamawa for the alleged murder of mother and...