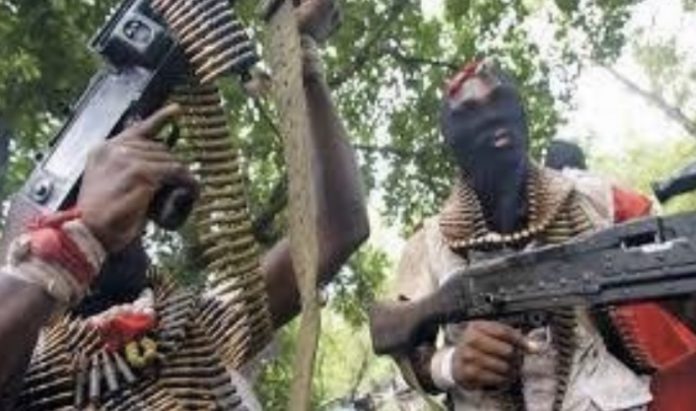 Armed bandits have reportedly killed 10 people and abducted 33 women in series of attacks in seven villages in Gusau Local Government Area of Zamfara.

Residents disclosed that the attacks started from late on Saturday, Christmas Day, to the early hours of Sunday, December 26.

It was gathered that the bandits attacked Geba, Gidan Kaura and Gidan Kada villages as well as some communities within the Gusau Local Government Area.

“We have women, children, and the pregnant ones, there is no food. If you see where they sleep in this cold as if there is no government,” alocal alleged.

The resident also explained that 10 people were shot dead by the bandits when they tried to escape, while several others sustained injuries.

Kura explained that the people of the seven affected villages fled to Gusau town, adding that most of the victims were squatting in unfavourable conditions due to lack of accommodation.

“Most of us sleep outside or in open places despite the harsh condition of the harmattan because we have no other alternative.”

He appealed to the authorities to come to their aid, lamenting that most of the victims were women and children

The commissioner claimed that it was not true that the villages that were attacked were not visited by security agents on a rescue mission.

Dutch Eredivisie: With The Quality Ajax Have, I Feel No Pressure...