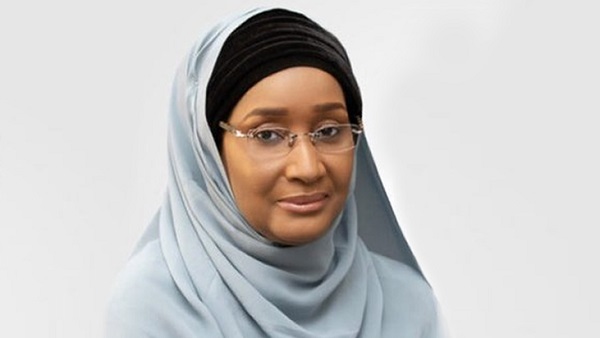 The Minister of Humanitarian Affairs, Disaster Management and Social Development, Hajia Sadiya Umar Farouq, has affirmed that the President Buhari’s administration is committed to lifting 100 million vulnerable Nigerians out of poverty by 2030.

According to a statement issued by her SA, Media Nneka Ikem Anibeze, the Minister stated that she was reacting to recent reports quoting a Bauchi based group, APC Initiative for Good Governance alleging that she was diverting Social Investment Programs meant for Bauchi State “to push the political interest of her husband, Air Vice Marshall Abubakar Sadique (rtd) who is contesting the 2023 governorship of the state on the APC platform”.

The Minister stressed that she has always worked strenuously in the interest of the poor and vulnerable regardless of their state of origin, tribe or religion.

The statement debunked any rumour about the minister diverting SIP meant for the 36 states and FCT to Bauchi nor has she ever abandoned her responsibilities to relocate to Bauchi as alleged by the group.

“On the contrary, she has been working tirelessly and assiduously to ensure that no vulnerable Nigerian is left to go hungry and to also lift them higher than where she met them,” the statement disclosed.

The statement emphasized that the Ministry’s response was necessitated by the need to set the record straight as the poor and vulnerable for whom the ministry was created remain excited with the minister’s exemplary leadership in reducing poverty in the country through various programs and initiatives under the Buhari Administration’s agenda of lifting 100million Nigerians out of poverty.

FG alleges that Sunday Igboho is trying to escape from Nigeria