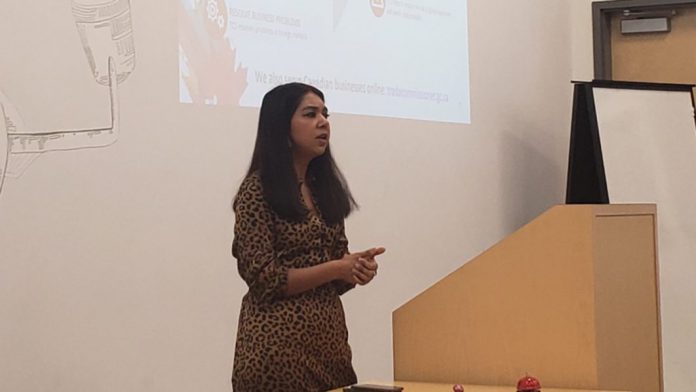 The Canadian government has announced its plans to strengthen trade relationship with Nigeria in order to boost both economies’ oil and gas sectors.

The second Secretary Commercial and Trade Commissioner, Deputy Commission of Canada to Nigeria, Sonia Hukil, who made this known at a one-day seminar and webinar on the subject of “Scale inhibitor: Application and Monitoring” organised by Pacegate Energy and Resources Limited, stated that the priority of the Canadian government is to seek areas of collaboration to strengthen oil and gas trade between both countries.

She explained that the passage of the Petroleum Industry Act (PIA) into law, presents lots of investment opportunities for many Canadian oil and gas firms to invest in the country.

According to Sonia, the volume of trade, which had hit over $1.2 billion, presents lots of potential for collaboration and opportunities for Nigeria and Canada.

“With respect to the oil and gas sector specifically, there is a lot of potential for collaboration between the two countries, the natural resources and servicing the extractive industry is an important part of our bilateral partnership. Canada needs Nigerian oil and Nigeria is seeking Canada’s oil and gas technology as well as its equipment.”

“As Canada’s largest training partner in Africa, as well as the largest investor into Canada from the region. Nigeria is already one of Canada’s most important economic partners in Africa. As many of you are aware, the oil and gas industry is a key economic driver for Canada. Upstream and downstream activities are growing at a rapid pace. Globally, Canada is recognised as a leader in oil and gas production, being the fourth-largest producer of crude oil and the fifth largest producer of natural gas.”

“As of 2020, Nigeria has the 9th largest global oil and gas reserves and one of the biggest reserves in Africa. The oil and gas sector is instrumental to measure the economy. Making up over 90 percent of exports and 80 per cent of government revenues. Even though it is a tough market, opportunities like the PIA by the Nigerian government present themselves as lucrative partner to many Canadian firms. We are working to encourage Canadian companies to engage more proactively in non-traditional countries like Nigeria, just given the immense amount of opportunities that exist here.”

Ekiti Election: Oyebanji’s victory is an indication of the confidence Nigerians...