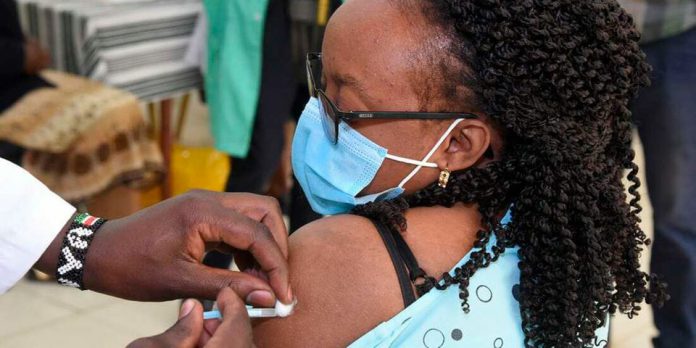 According to a statement sent to media houses, the Ministry disclosed that 3, 679,975 people are partially vaccinated.

The government further announced that it is working towards vaccinating a targeted population of 27,246,033.

The new infections are distributed in the counties as follows; Nairobi 4, Uasin Gishu 2, West Pokot 2, Nakuru 2, Garissa 2, Kisii 1, Meru 1, Nyandarua 1, Turkana 1 and Embu 1.Mr. Kagwe mentioned that 64 patients have recovered from the disease with 61 from the Home-Based Isolation and Care program while three are from various health facilities across the country.

Total number of recoveries now stands at 246,829. During the same time, five people succumbed to the disease, all of them being late deaths reported after conducting facility audit records in September and October 2021. This sums the cumulative deaths to 5,281.

Govt sets aside additional Sh2bn to fight famine and drought