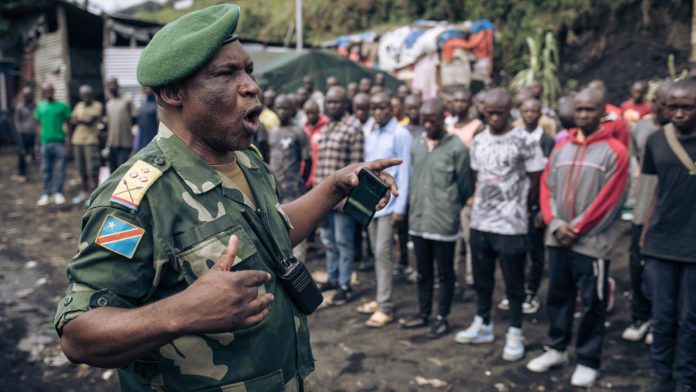 DR Congo’s military used its newly deployed jets to bombard M23 positions in the east of the country on Tuesday, with some residents of rebel-held territory fleeing across the border.

M23 rebels have won a string of victories against the Congolese army in North Kivu province in recent weeks, dramatically increasing the territory under their control.

On Tuesday, a Congolese security official who asked for anonymity said war planes were bombarding the rebel-held Tchanzu area of North Kivu and would continue “all day”.

The DRC deployed two Sukhoi-25 jets to the troubled east over the weekend, after the M23 captured a series of settlements along an important highway leading to Goma.

One of the planes violated Rwandan airspace on Monday, although Kinshasa said the incident was a mistake and not intentional.

Despite official denials from Kigali, an unpublished report for the United Nations seen by AFP in August pointed to Rwandan involvement with the M23.

Several diplomatic initiatives are underway to try to ease tensions in eastern DRC, including one from the seven-nation East African Community, which is due to launch its own peacekeeping mission in the region shortly.

Paul Mashatile to be sworn in as Member of Parliament