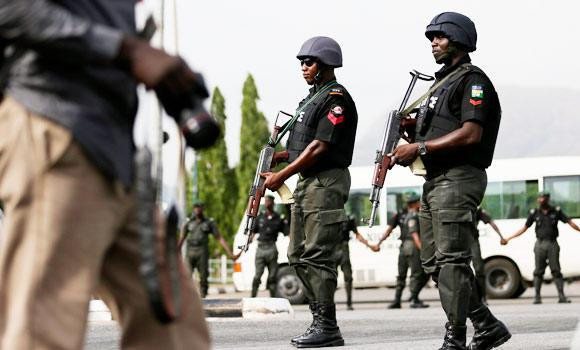 A security man in Ebonyi, Chukwuma Anyigor (aka Ite Igwe) has allegedly beaten a 17-year-old girl, Nwuka Nwafor, to death.

It was gathered that the suspect was drafted alongside others to work on the construction site of Ebonyi International Airport, at Onueke, in the Ezza South Local Government Area of the state.

It was reported that the victim was a Senior Secondary School (class one) pupil at Izo High School, in the LGA, who usually engaged in menial jobs on the construction site during the weekends and holidays, to fend for herself and her family.

According to a worker at the site, who spoke on condition of anonymity, trouble started when Anyigor instructed the victim to pack some corn husks which were dumped at a particular section of the ongoing constructed airport. The source said the deceased refused to park the dirts as she neither ate any corn nor dropped its husks at the place.

Her action infuriated Anyigor, who allegedly picked an object and hit her severally on the head before she fainted.

“On the sorrowful day, Miss Nwuka and one of her friends, were moving from one section of the airport to another in search of work until they encountered Mr. Anyigor, who particularly directed the deceased to pack the waste which was dumped by someone else.

But the girl, who could not figure out the reason behind such instruction refused to obey the command and Mr. Anyigor, who could not control his anger, started to beat the girl until she fainted,” the source recounted.

The deceased’s elder brother, Sunday Nwafor, said Nwuka was rushed to the General Hospital, Onueke, and later to the Alex Ekwueme University Teaching Hospital, Abakaliki, where she was confirmed dead by medical doctors.

Ekene Nwafor who is a relative of the deceased, called on the authorities to bring the suspect to justice.

“It actually happened on August 29. My sister did not commit any offence unless it has become an offence to fend for oneself. So, Nwuka died struggling to survive and she deserves justice. As a family, we demand for justice, ” he said.

The suspect has been arrested and is now in the custody of the state Criminal Investigation Department at the Ebonyi State Police Command, Abakaliki.