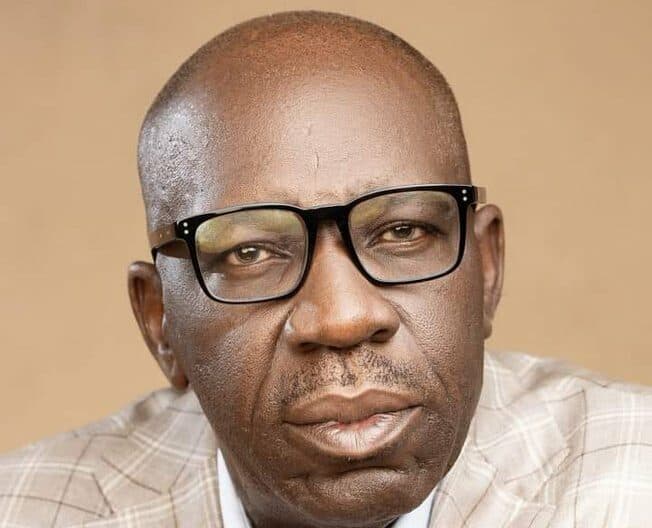 The Edo State Governor, Godwin Obaseki, has increased the minimum wage of workers in the from N30,000 approved by the federal government to N40,000.

Governor Obaseki said on Sunday during the 2022 Workers’ Day celebration, “As we all know, the minimum wage of N30,000 can barely sustain a family; it will be immoral and mindless of us to continue to pretend that we do not know that our workers are suffering.

“The Government of Edo has now decided to review the minimum wage for workers from N30,000 to N40,000 a month. Undoubtedly, Edo is the first state since the current outbreak of the coronavirus to take this initiative.”

“In view of the prevailing economic circumstances, I have now approved effective this May that the agreement we have reached with the (Nigeria) union of pensioners that the harmonised amount would be paid from May, 2022.”

Meanwhile, the Chairman of the Nigeria Labour Congress (NLC) in the state, Mr Odion Olaye, had earlier called on the federal government to address insecurity, instability in the economy, unemployment and hunger in the nation.

Mr Olaye said that the state-owned institutions were in a state of abandonment and that the 65 and 35 percent government subvention policy had strangulated them financially and academically.

Ramaphosa’s supporters adamant he should not resign, according to insiders