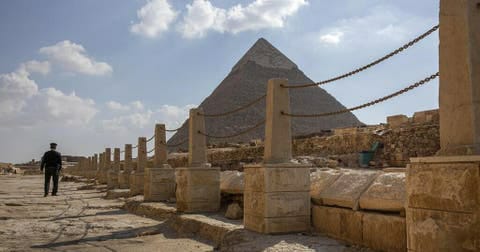 The public prosecutor of Egypt had on Monday ordered that 13 teenage boys be arrested over the weekend, following the harassment of two women tourists at the Giza Pyramids near Cairo.

They were arrested after a video surfaced on social media showing a crowd of boys swarming around two young women at the famous archaeological site, one of Egypt’s top tourist attractions.

The boys are seen jeering at the women and some press close to them as they try to get away.

One woman turns and tries to push a boy away. It is unclear from the footage whether any of the boys groped the women. A voice is heard saying the video should be sent to the minister of tourism.

According to the office of the chief prosecutor, a tour guide who filmed the incident with his smartphone has accused the teens of “verbally and physically” harassing the women.

The video was frowned at on social media as people condemned the fact that depesite being a Muslim majority country, sexual harassment as well as sexual misconduct, is rampant in Egypt.

According to a statement from the prosecutor’s office, the arrested boys are between 13 and 15 years old.

Kenyan exports rise by Sh100b amidst struggles of Economic Recovery