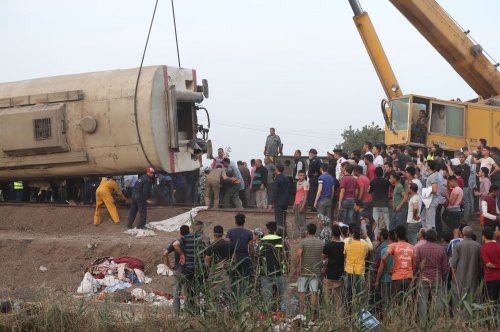 Officials have stated that at least 11 people died and 98 more were injured after a train derailed in Egypt on Sunday, April 19.

The crash reportedly took place near the city of Toukh, north of Cairo, when the train went off of the tracks on Sunday afternoon.

Egypt’s Ministry of Health and Population announced on Twitter that 14 people were discharged from hospitals after receiving medical care.

More than 50 ambulances were rushed to the scene and railway services were suspended in northern Egypt.

The Egyptian Railways Authority said it was still investigating the cause of the crash.

“During the passage of train No. 949/3209 heading from Cairo to Mansoura, at 13;54, four cars derailed near Sandanhour station,” the railway authority said.