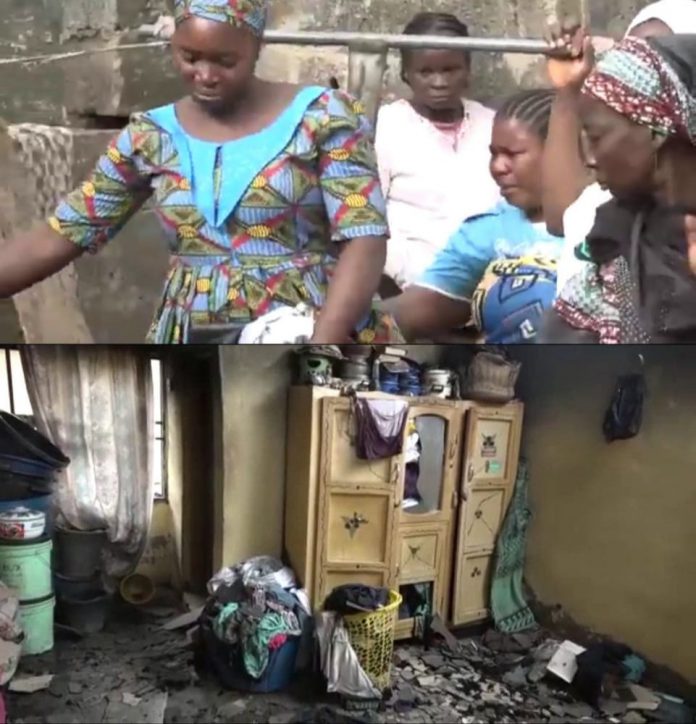 A mother, named Titilayo Adigun, and her four children were burnt to death on Wednesday night, March 17, when a candlelight started a massive fire that burnt their house in Kwara state.

The mother and her five children were sleeping at their home at Ifesowapo community, Tanke, Ilorin, Kwara State, with a candle lighting one of the rooms, following days of power outage.

The husband and father of the deceased was out to get some things when the incident happened.

Sources close to the family said only one out of the five children survived the inferno. The child is now receiving treatment at the University of Ilorin Teaching Hospital (UITH), Ilorin.

The landlord of the house, Mr Ibrahim Gana, was the one who rescued the child who survived. He sustained an injury on his hand while rescuing the child.

Speaking on the incident, the chairman of the Ifesowapo community, Mr Awodun Yinka, said that members of the community heard the agonising cries from the room-and-parlour self-contained apartment and quickly rushed down to help, but they were unable to rescue the children.

I don’t need your permission to work for Kenyans: President Ruto...