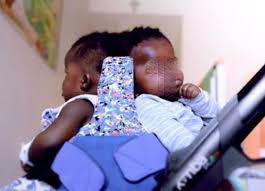 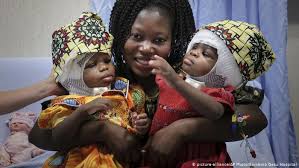 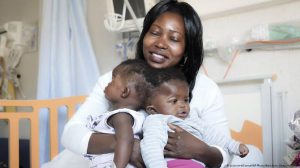 Two-year-old twin sisters, Ervina and Prefina from Bangui, Central African Republic, joined above the nape of their necks have been successfully separated at a hospital in Rome after three risky surgeries.

The hospital made this known yesterday adding that it was the first time in Italy and likely the world — “as such a case had never been cited in medical literature — that surgeons were able to separate twins joined in such a way, sharing the back of their skull and its venous system.”

The twin sisters were joined skull to skull and born with a condition the Bambino Gesu (Baby Jesus) Paediatric Hospital in Rome called “one of the rarest and most complex forms of cranial and cerebral fusion.”

The twin girls were brought to Italy in September 2018 after the hospital’s president met the twins and their mother at a medical centre where they were born.

Media reports reveal that tests conducted in Italy showed the twins to be generally in good health but that one sister’s heart was working harder to maintain the “physiological balance of the organs of both, including the brain.”

The girls had “distinct” personalities, the hospital said, Prefina being vivacious and playful with her sister Ervina more serious and quietly observing.

The greatest challenge facing the team of specialists — including neurosurgeons, anaesthesiologists, neuroradiologists, plastic surgeons, engineers, and physiotherapists — was the shared network of blood vessels bringing blood from the girls’ brains to their hearts, the hospital said in a statement.