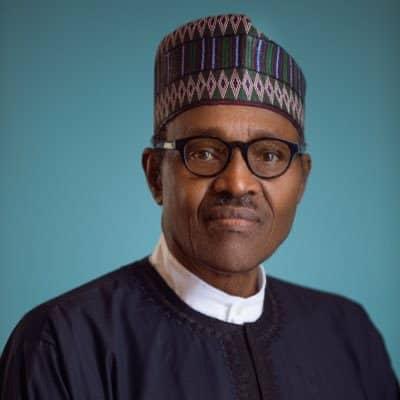 Some elders under the aegis of Forum of Nigeria Elders (FNE) have raised the alarm over the growing insecurity in the country, saying unless urgent and drastic measures were adopted to overcome the situation, Nigeria was sitting on a time bomb.

This was as they warned against non-adherence to the country’s federal character principles in appointments into key positions, noting that the drafters of the Constitution did not make mistakes in making such provision.

In a statement signed on Wednesday in Abuja, the elders, also expressed worry over neglect of the South East Geopolitical zone in appointments, especially in the country’s security sector. To this end, they tasked President Muhammadu Buhari to review his policy with a view to correcting the anomaly.

The elders also admonished the federal government to immediately convene a national dialogue with a view to discussing the fault lines, leading the country to its present predicaments.

Besides, the group tasked authorities to immediately begin engagement of youths in peace advocacy meetings where issues promoting peaceful and harmonious living devoid of religious, tribal, or regional inclinations were made the focal points.

“We are a group of elders from the six geopolitical zones of the country that have worked at different high levels of our chosen careers. We are worried about the current state of the security situation in the country.

“It is regrettable that the development which had come like a child’s play some few years ago has assumed the current dimension. As a country, we are currently sitting on a time bomb and we wish to sound alarm that if nothing urgent is done to arrest this ugly situation, we will be consumed,” the Forum of Nigeria Elders said in the statement.

Going further, the group said, “We are alarmed by the dangerous wave of violence blowing around the country, this must not be allowed to fester on given that it does no one any good.”

Noting that the strategies adopted so far by the government in tackling insecurity in the country seemed to have little or no positive results, the Forum of Nigeria Elders tasked the federal administration which it said, was vested with the security of citizens, to adopt what is referred to as working strategies in handling the protracted insecurity.

“We are concerned about blatant disregard to the federal character principles in appointments into key positions in the country. We task President Muhammadu Buhari to reflect over this and put things in their right places as the drafters of our constitution did not make any mistake in making the provision.

“Appointments into key positions should be evenly spread devoid of religious, ethnic, and regional considerations. This will help promote national unity which our founding fathers worked tirelessly for.

“Appointments, particularly into key positions in the security sector must be on merit besides regional consideration to give every section of the country a sense of belonging. The insecurity building up as a result of the cry for injustice and the quest for self-rule can be greatly tackled through this hence we are by this calling on Mr. President, Muhammadu Buhari to review his governing strategies with a view to getting needed and expected results.

The group explained that “As a group of elders, we see the urgent need to add our voice to the already loud voices of Nigerians across all divides on the need for the federal government to take urgent steps in leading the way for a national dialogue and reconciliation starting with addressing the issues of injustices and neglect in government appointments especially the security sector.”

“This must be followed up with national dialogue and genuine reconciliation across the six geopolitical zones of the country, else we will have ourselves to blame, “the statement warned.

The elders, who said, “We have served the country at different times and capacities in our fields”, regretted the security development in the country.

“We make bold to say that there is no time in the history of Nigeria that our country is so divided along religious and ethnic lines like now. This, we must as a country try to arrest now. The onus rests on President Buhari and we advise that he should place his name on the sands of time by bequeathing the legacy of enthroning a good Nigeria suitable for all to live into us now,” it advised.

The group warned against the repeat of mistakes of the past which it noted, led the country to what it called “avoidable civil war”,

“In the past, we had civil war caused mostly by some avoidable issues. These issues are still thriving in our national life with the government and its handlers giving deaf ears to them. We must do everything to avoid a repeat of the past mistakes,” the group reiterated.

The elders said: “Most of us here worked actively for this administration and are still card-carrying members of the ruling party”, adding: “But it’s time to speak up without sentiments and recourse to party, religious, ethnic and tribal considerations.”

“The group tasked those it referred to as “right-thinking Nigerians to speak out”, saying:” If we don’t speak out and act now when war breaks out, it will consume all of us without asking for our political parties.”

The group advised that: “The president should delegate his appointees to move to their various zones of the country to work with the elders of the regions and youths to de-escalate the looming conflict.”

“Nigeria is sitting on a time bomb and something needs to be done very fast.

“We appeal to our dear president, Muhammadu Buhari to begin to ignore rhetorics and empty assurances being given to him by his security chiefs and move to actions that will save our country from the brink of total collapse,” the statement advised.

Any cookies that may not be particularly necessary for the website to function and is used specifically to collect user personal data via analytics, ads, other embedded contents are termed as non-necessary cookies. It is mandatory to procure user consent prior to running these cookies on your website.