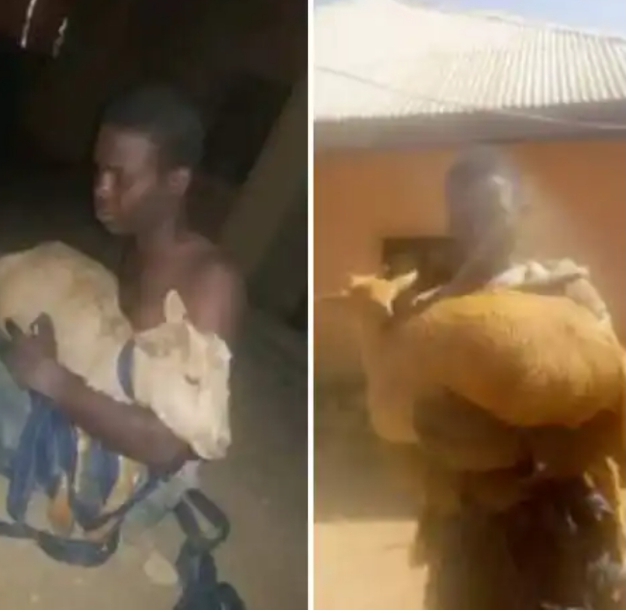 It was gathered that cases of goat theft in Jos and environs have been on the increase.

The suspect was apprehended with the stolen goat in the early hours of Saturday morning, November 12, 2022.

According to reports, a man in the community spotted the suspect struggling with a heavy sack. When the man asked him the content of the bag, the suspect tried to run away. The man raised the alarm, which attracted youths in the area, who rushed to the scene and caught the suspect.

As he was being flogged, the suspect confessed to have stolen several goats in the community and sold some of them to the wife of one Mr Kendo, who sells pepper soup.

Meanwhile, a woman in the community lamented that about seven of her goats disappeared without trace.

I don’t date people who aren’t at least 15 years older...