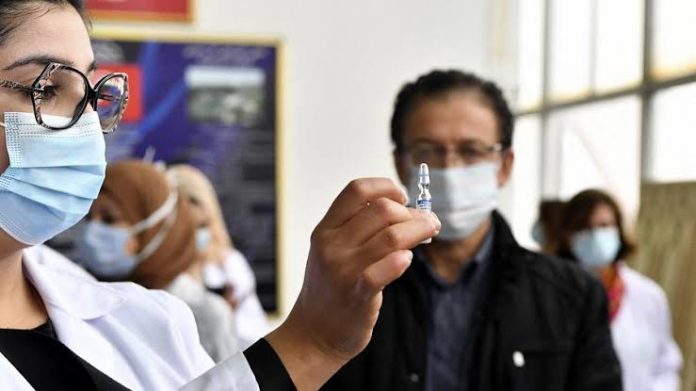 Medical staff in Tunis, Tunisia’s capital have received some of the first Covid jabs in the North African country’s vaccination campaign.

The opening round of vaccinations was held in a field hospital set up in a sports complex in the El Mensah district of Tunis on Saturday.

First up for a shot in the arm were health care workers, soldiers and security officers, plus people over 65 and people with chronic health problems

Tunisia received its first major delivery of doses Tuesday, almost a month later than expected. paving the way for the start of its inoculation campaign this week.

Health Minister Faouzi Mehdi was on hand for the delivery of 30,000 Sputnik V doses in Tunis.

The government had previously announced it was expecting an initial more than 93,000 doses of Pfizer/BioNTech and AstraZeneca/Oxford jabs from mid-February, but delivery under the UN-led Covax scheme was delayed.

Tunisia is expecting deliveries of hundreds of thousands of doses in the coming weeks of Russian and Chinese vaccines as well as those from Pfizer and AstraZeneca.

The north African country aims to eventually vaccinate half of its around 11 million population.