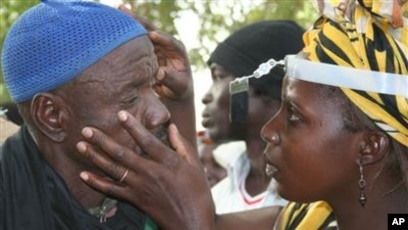 The World Health Organisation (WHO) has declared Malawi free of trachoma, a leading cause of blindness.

Malawi is the first country in southern Africa to eliminate trachoma and the fourth in African continent to eradicate after Ghana, Gambia and Togo.

According to WHO, Malawi has been known to be endemic for trachoma since the 1980s.

The findings spurred the country to step up efforts against trachoma by establishing a national taskforce which implemented the WHO-recommended strategy known as SAFE to control the spread of the disease. The SAFE strategy comprises provision of surgery, antibiotics to clear the infection, facial cleanliness and environmental improvement through access to water and sanitation.

Bright Chiwaula, country director for Sightsavers in Malawi, said besides the SAFE strategy, the achievement is also a result of several elements, including training of surgeons and the promotion of good hygiene education.

“Another element is where we assured that we had a monitoring mechanism in place that was effective and efficient, making sure that we were able to track what was happening in the country as regards trachoma elimination,” Chiwaula said.

At Least 14 Killed In Two Attacks In Burkina Faso