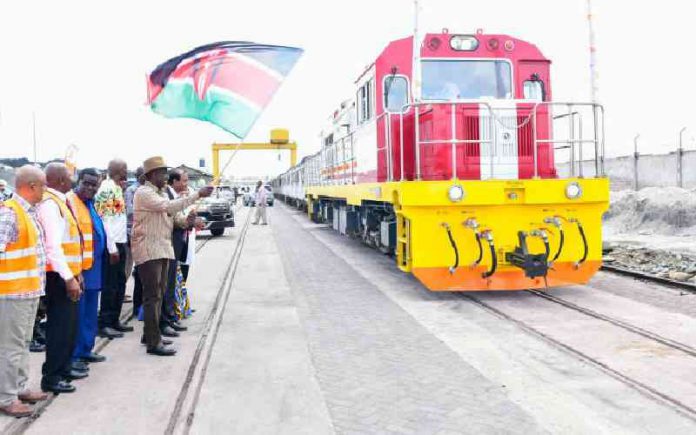 President William Ruto is pushing for the expansion of the tax base which he says will be an antidote to the country’s debt crisis.

The President said despite tax collection registering an improvement over the years, the country still has the potential to get more than Sh2.03 trillion the Kenya Revenue Authority collected in the financial year ending June 2022

He said countries in the same income category as Kenya raise between 20-25 per cent of their GDP from taxes.

“We must move our revenue collection from 14 per cent to 25 per cent. From Sh2.1 trillion to between Sh4 trillion and Sh5 trillion,” said the president. The push for a broader tax base has been Ruto’s rallying call ever since he took over power, at a time the country is facing acute drought, high cost of living, poor economy and high inflation.

Barely a month after being sworn in as president on September 13, he gave the KRA a revenue collection target of Sh3 trillion by the end of the next financial year and to double it over the next five years.

Ruto directed KRA to seal revenue collection loopholes and evaluate ways to expand the tax base while approaching the taxpayer in a non-confrontational but firm manner to increase tax collection. On Thursday, Ruto appointed United Democratic Alliance (UDA) National Election Board Chair Anthony Mwaura as KRA board chairman for a period of three years, taking over from Amb Francis Muthaura.

Mwaura, 52, who is a civil engineer, has been tasked to achieve Sh3.5 trillion revenue collection in the first year in office.

How entrepreneur entrenched cycling in Juja through bike hiring

I don’t need your permission to work for Kenyans: President Ruto to Raila

How entrepreneur entrenched cycling in Juja through bike hiring

We don’t want to overthrow anyone’s govt, all we want is...