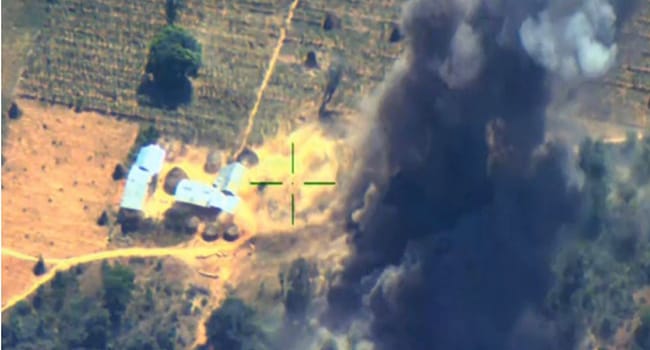 According to a statement by the Kaduna State Commissioner for Internal Security and Home Affairs, Samuel Aruwan, the target of the strike was a major enclave south of Kidandan in Giwa LGA, confirmed as the hideout of a bandit Alhaji Ganai.

The bandit camp was struck and destroyed, while the bandit and several members of his gang were neutralized in the strike.

Similarly, the hideout of another notorious bandit, Ali Kawaje located in Birnin Gwari LGA was also targeted and destroyed, as well as those of bandits Musa Pajelo and Kachalla Bello.

Aruwan also confirmed the destruction of others bandits camps in Walawa area, Fadaman Kanauta, while several bandits were sighted and neutralized in locations 4km southwest of Alhaji Ishiaka, 6km northeast of Maguzawa, and 2km west of Yelwa.

In yet another air strike, several armed bandits were sighted and neutralized at Dankero, in Giwa LGA.

Furthermore, armed reconnaissance was carried out over Rima, Riyawa, Rumana, the Kaduna Airport area and adjoining locations in Igabi LGA.

Governor Sanwo-Olu reacts to killing of young man in Ajah