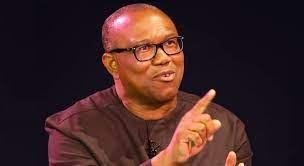 The Presidential Candidate of the Labour Party, Mr. Peter Obi, has said that with him and his running mate, Dr. Yusuf Datti Baba-Ahmed on the saddle come 2023, fixing the economy will be top priority.

Obi said this while speaking on a Kaftan TV programs The Candidates, moderated by acclaimed television journalist, Kadiara Ahmed, monitored in Abuja, on Monday.

He explained that with 130 million out of Nigeria’s estimated population of roughly 200 million living below poverty, Africa’s most populous nation was courting disaster because these number of poor people could pose a security threat to the state.

Obi said, “When you have over 130 million people in poverty you are bound to have a crisis because when people don’t know when the next meal is coming from, they become a security risk.

“To deal with this, we need to deal with the issue of food. We need to look at how do we feed the country considering that the greatest physical asset we have in this country is the uncultivated land in the North.”