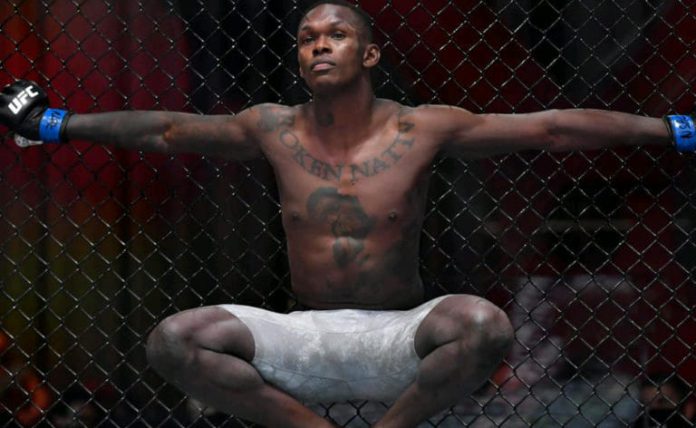 Whether or not Marc Goddard stopped the fight at the moment he did, Alex Pereira thinks he would have finished Israel Adesanya at UFC 281.

Whether or not Marc Goddard stopped the fight at the moment he did, Alex Pereira thinks he would have finished Israel Adesanya at UFC 281.

Pereira (7-1 MMA, 4-0 UFC) dethroned Adesanya (23-2 MMA, 12-2 UFC) of the middleweight title with a fifth-round TKO at Madison Square Garden in New York. The Brazilian had “The Last Stylebender” on wobbly legs with a big combination, prompting referee Goddard to stop the fight while Adesanya was still standing.

Adesanya immediately protested the stoppage and said he would have wanted more time to defend himself. But “Poatan” doesn’t think Adesanya was intelligently defending himself, and the referee did him a favor (via Instagram):

“Adesanya stop making excuses saying that the referee stopped the fight early… you have to thank him for saving your life. The way you were with your head down looking at the ground, I only needed one or two more hits to connect a good knee to your face so we wouldn’t know the outcome.

“As I said at that point in the video, you were a great opponent and I respect you for that. Assume the mistakes along with your team without taking away my merits. You will have one more chance! You’re next!”

US urges World donors to give more as Somalia faces famine