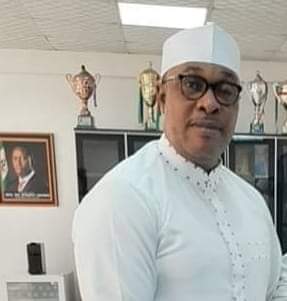 In a press statement issued in Asaba by his Media Aide, Jovial Oluchy Agbagwu, Okowa, promised a sustainable welfare package for the actors of the game against the background of complaints of poor welfare programme by the Athletic Federation of Nigeria..

“My mission is to bring back the glory days of Athletics, unite all stakeholders of the sport, bring in sponsors that will cater for the athletes and officials, bring back athletic fans back to the stadium as seen in Europe and other parts of the world”.

He also gave his word that the seeming intractable issue of funding would be tackled headlong as his administration would be in partner with the private sector to attract funds to the federation to reduce the burden on government.

On the factionalisation of the sports body, the Delta Sports Boss said concerted efforts will be made to unite the factions in a reconciliatory move that every stakeholder will appreciate.

The Delta Sports Commission Boss also touched on what is generally referred to as the golden era of Athletics in the country when athletes especially, home base had the opportunities to compete at various meets saying he will restore it.

Bail ruling for 7 teachers who forced pupils into indecent due...

President Ruto back to political backyard for National Prayers next Sunday

Ahead Usyk Rematch: Hearn Hints at Drastic Changes For AJ

Competition holds in 37 Sports As Youths Converge In Ilorin for...