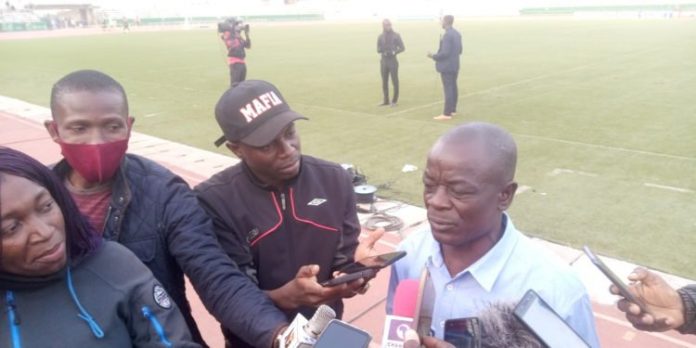 Head coach of Nasarawa United Bala Nikyu has described the just concluded football season in Nigeria as a mixed feeling for him and his team, BSNsports.com.ng reports.

The Lafia based team was one of the surprise teams of the season in the 2020/2021 Nigeria professional football league gathering amazing results both home and away.

They also played all the way to the final of the Aiteo Cup only to lose to Nigeria National League side Bayelsa United via penalty shootout.

While reacting after the final played at the Samuel Ogbemudia Stadium on Sunday, Nikyu was happy that they were not disgraced in the league but sad not to cap the splendid season with a trophy.

“The truth is that the game has been played and the result turns out to be what we never expected. Based on our performance in the league and I was thinking we could win a trophy. It was a good match at the end, but again we lost due to ill luck.”

“After we got the second goal, I was thinking we can go all the way but unfortunately they equalized and it ended in a 2-2 draw.” He said.

“When it comes to penalty, nobody is perfect. The best player in any team can miss a penalty and that’s it.

“The important thing is that, during the season, we were not disgraced, at least everyone felt our impact this season, but unfortunately we couldn’t achieve our targets”. He concluded.

Phalatse likely to be ousted, says ActionSA as DA coalition in...

‘The goat has done it again’ – Lighthearted Messi theory spreads...