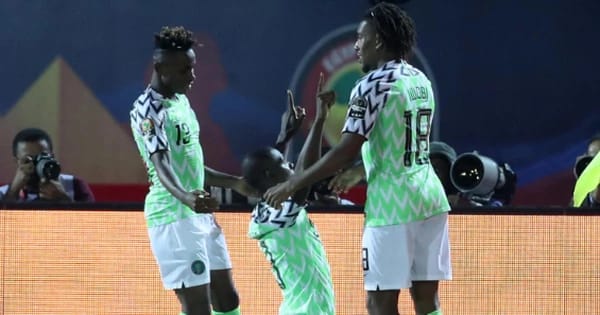 19-year-old Pedri has one goal and zero assist across ten La Liga and UEFA Champions League games this term.
Pedri is a quick, intelligent, and creative player, and it is clear that the young Spaniard’s fine technical skills and ball control have won him a fan in Chukwueze.
And in a short training ground question and answer session shared on Youtube (language in Spanish), Chukwueze named Pedri the best midfielder in the world.
In naming Pedri, Chukwueze snubbed international teammate and Everton star Alex Iwobi, who has been one of the Premier League’s best in recent months.
Iwobi has been earning rave reviews from fans and pundits alike over his performances for Everton in 2022.
After years on the periphery at Goodison Park, Iwobi has become a mainstay of the Toffees’ midfield under manager Frank Lampard.
The former Arsenal winger has assisted four of Everton’s last six goals in all competitions, with his displays earning him a nomination for the Premier League’s Player of the Month award in September.
Chukwueze is also enjoying a decent start to the 2022-2023 campaign. The 23-year-old has a goal and two assists in three Europa Conference League matches for Villarreal.

Zikalala set to be deployed to Parliament amid looming Cabinet reshuffle