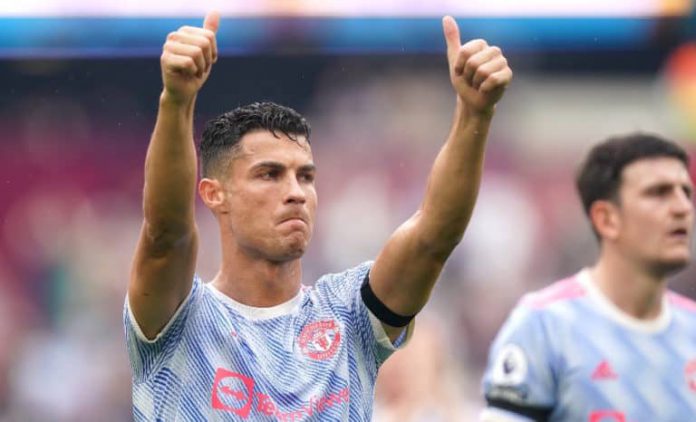 The Portugal international re-joined the Red Devils from Juventus last year and has enjoyed an impressive goalscoring return, finding the back of the net on 18 occasions in 32 appearances.

Ronaldo has a contract with the club until June 2023, with the option of a further 12 months, but there have been claims that he wants to leave during this summer’s transfer window.
Man United are currently facing a battle to finish in the top four in the Premier League, as they fight to secure Champions League football for next term.
According to Football Insider, the 20-time English champions are expecting Ronaldo to push for a move away from Old Trafford in the upcoming market.
The report claims that Man United could be prepared to let him leave on a free transfer due to the savings that they would make in terms of his wage packet.
Ronaldo is not believed to be considering moving away from European football at this stage of his career, and there have been suggestions that Paris Saint-Germain could be an option for the 37-year-old.