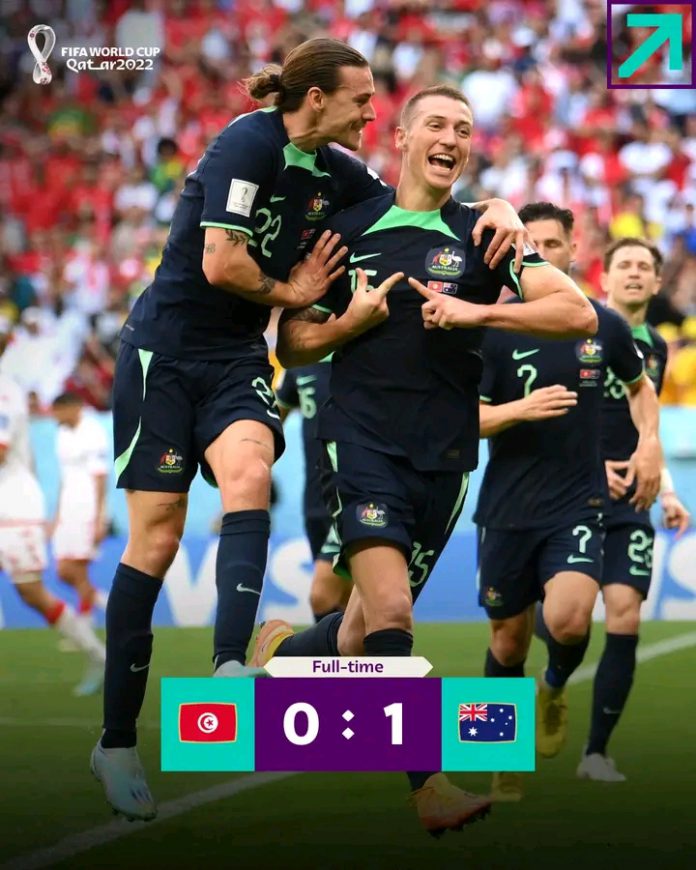 Australia forward Mitchell Duke dedicated his match-winning goal against Tunisia to his son and said it is “a momeAustraliant I will hold very dear for the rest of my life”.

Duke took advantage of a positive start by Australia when he superbly flicked Craig Goodwin’s cross into the far corner to put them 1-0 up after 23 minutes.

That sparked an outburst of jubilant celebration from the small contingent of Australia fans behind the goal, which momentarily silenced the hostile and unwavering support for Tunisia.

Knowing defeat would mean an early exit from the World Cup, Australia held on to the narrow lead that keeps alive their hopes of qualifying for the last 16.

“I spoke to my son when I got selected for the World Cup,” said Duke.

“You have to have that belief you can score [and] I told my son I would share that moment with him. [The celebration] was a little ‘J’ for the first letter of his name.

“I haven’t seen it yet but apparently he did it back to me in the stadium. It is a moment I will hold very dear for the rest of my life.”

This was a crucial match for both nations given they face competition from defending world champions France and Euro 2020 semi-finalists Denmark to progress from Group D.

It could not have been a better start for Australia then, as they dominated the opening 15 minutes to leave Tunisia unable to get out of their half.

Goodwin’s crosses from the left were initially dealt with, but the ease with which Australia were getting joy down that side will have caused concern for Tunisia.