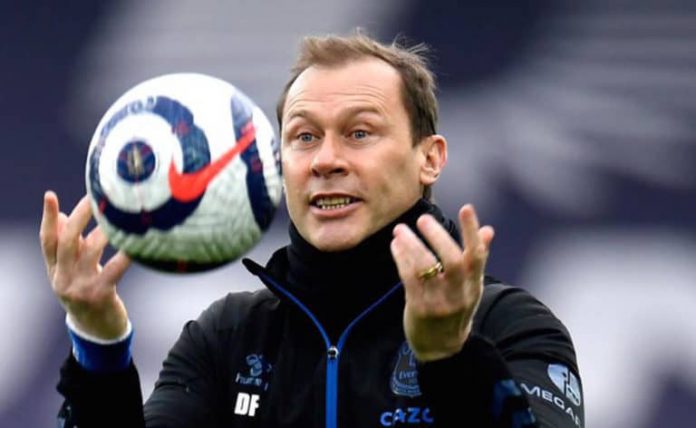 Everton have confirmed the appointment of Duncan Ferguson as the club’s caretaker manager, following the sacking of Rafael Benitez.

Ferguson oversaw training on Tuesday, with the club looking for a successor to Benitez after sacking the Spaniard on Sunday.

The Toffees confirmed in a statement that Ferguson would be in charge “for the club’s upcoming games”, starting with the visit of Aston Villa.

Ferguson will be supported in his caretaker role by John Ebbrell and Leighton Baines, along with goalkeeping coach Alan Kelly.

Former Scotland and Everton striker Ferguson is set for a second spell as caretaker boss, having taken charge of three games during December 2019 following the dismissal of Marco Silva.

It has been reported that Wayne Rooney – the former Everton forward currently managing Derby – and ex-Chelsea boss Frank Lampard are set to be interviewed for the full-time job.

Everton added in Tuesday’s club statement: “An announcement on a permanent managerial appointment will be made in due course.”

Quintuplets who died shortly after birth buried in one coffin

My Goal Is A Way Of Saying Thank You To Manu...