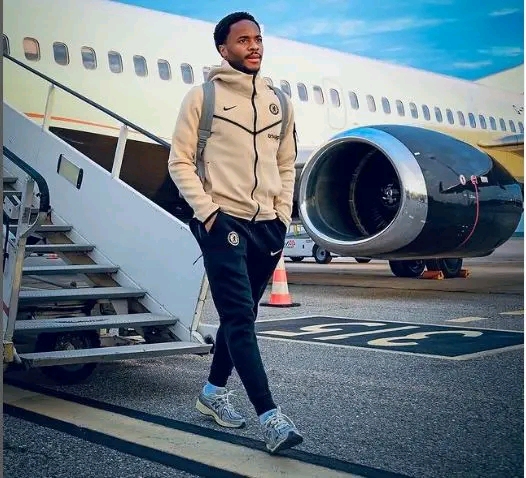 Chelsea and England forward, Raheem Sterling has reacted that  he would not return to England’s World Cup camp in Qatar until his family are safe.

He emphasized that to his friends that he needs to be ‘100 per cent sure’ before flying back to Qatar.

The sensational forward has been left in shock’ following the recent burglary at his £6million mansion, with neighbours yesterday claiming it was an ‘inside job’ by contractors, as he is said to be the fourth Chelsea player targeted by an organised gang.

Recall that it was reported that Thieves broke into the father of three’s £6million gated home before making off with a stash of watches and jewellery – prompting the shocked star to race home from Qatar to be with his family.

Police were contacted around 9pm on Saturday, December 3 after Sterling’s partner Paige returned to find ‘a number of items including jewellery and watches’ had been stolen.

Akufo-Addo creates more jobs for youth even in economic hardship –...