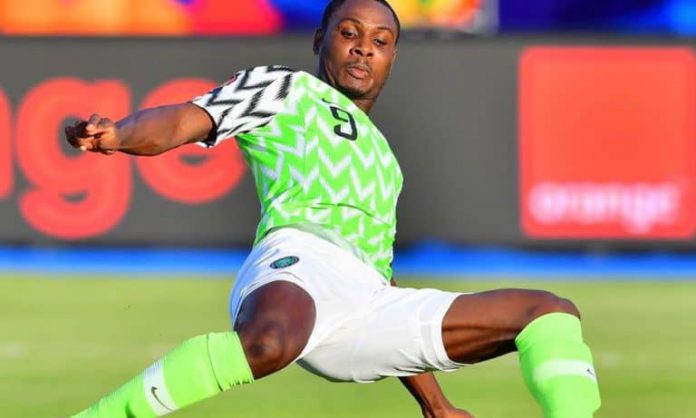 Former Manchester United striker Odion Ighalo has revealed that he did not part with any money before earning a recall to the national team amid allegations that he bribed Super Eagles officials.

The Al-Shabab star called time out on his international career immediately after the 2019 Africa Cup of Nations but Nigeria Football Federation boss Amaju Pinnick and manager Gernot Rohr mounted pressure on him to reverse his decision ahead of the recent 2022 World Cup qualifiers.

The other stumbling block to Ighalo accepting the call-up was Al-Shabab, who initially did not want to release him to the Nigerian Federation because the striker made it clear he had retired from the Super Eagles when he joined the club in February 2021.

Ighalo has insisted that he has never bribed any coach since he started playing professional football, and definitely not at this stage of his career, where he has already become a household name.

Speaking to the Super Eagles Media Team, Ighalo said : “We’ve been in communication for me to come back which I’ve said I don’t think I want to come but the pressure was too much now, it was too much that I had to even tell my agent to speak to President Amaju and the coach to tell them.”When I signed for my team in Saudi Arabia I told them I’m not playing for the national team anymore, to get my release to come was kind of difficult.”Most importantly I’m happy to be back to give my support, the coach spoke to me at length.”