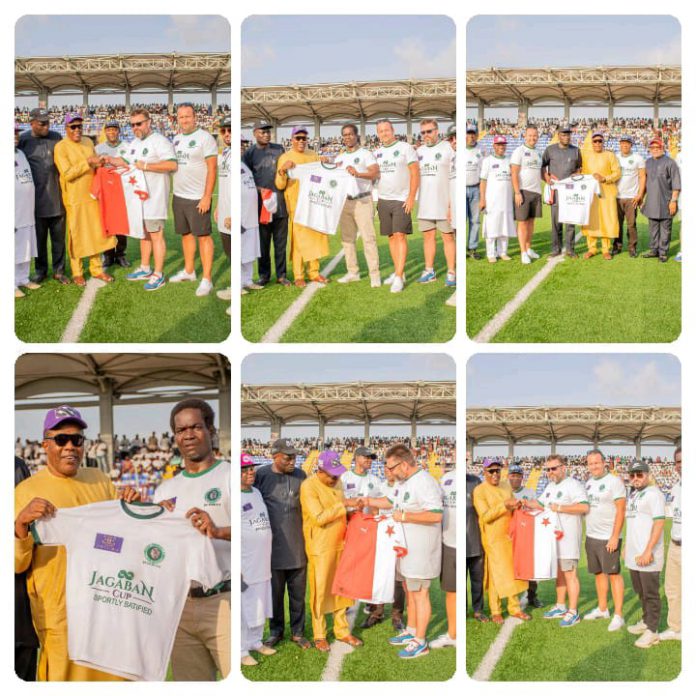 Chairman 36 Lion Football Club, Alhaji Gafaar Olawale Liameed has expressed his profound gratitude to the media, foreign scouts,club owners, managers, coaches and players who contributed one way or the other to the success recorded at the just concluded Jagaban Cup final which held recently at the Onikan Stadium, Lagos.

In the Jagaban Cup final played at Onikan Stadium,Smart City defeated Messiah FC 5-4 on penalty shootout after barren draw at the regulation time to emerge as champions.

The competition kicked off last Tuesday came to an end on Friday amidst mammoth crowd.

Laimmed who doubles as Chairman Organising Committee in a chat with Journalists said without the critical stakeholders in football in the state, the competition might not record a huge success and commended them for making the maiden edition a memorable one.

He said the maiden Jagaban Cup has lived up to expectations in terms of media coverage, teams participation, fans participation,and foreign football scouts that came to witness the competition which involved ten teams.

“I say a big thank you to media for working round the clock to ensure that the tourney is well reported and I also commend coaches, managers and all club owners for their unalloyed support given to this competition since we started.It is a collective effort not a one man show.

Liammed however also congratulated Smart City for winning the maiden edition saying that their victory was well deserved.

Lack of transparency shows government ‘has no plan’ to address school...

The driving forces behind crypto adoption in Africa in 2022