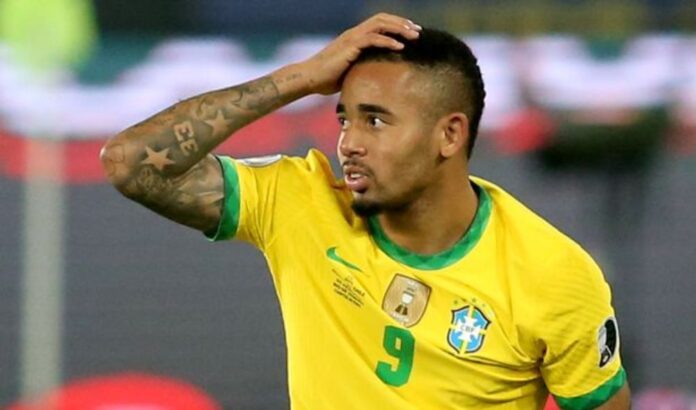 Arsenal striker Gabriel Jesus is not letting his omission from the latest Brazil squad that will play against Ghana and Tunisia this month affect his confidence.

The 25-year-old is Arsenal’s top scorer with four goals in the Premier League and has been a stunning addition to Mikel Arteta’s team after completing a £45 million switch from the Etihad to the Emirates.

The Brazilian scored for his country last June when they played against South Korea but will have to stay back after Tottenham’s Richarlison and Liverpool’s Roberto Firmino were preferred to him in the national team.

He admits he was contacted by Selecao boss Teti before naming his squad, but was going to be rooting for them instead of playing in the game. He told reporters after the 3-0 win over Brentford: “There was [contact], post-call, yes.

“I respect the coach’s decision a lot, I respect Tite, the entire staff, the entire commission. As I said, I’m Brazilian, I’ll always root for the team.

“And I also respect the other players who have a lot of quality. I’ll keep doing my best to have the opportunity again.

Uncertainty rocks Anfield as Liverpool up for sale