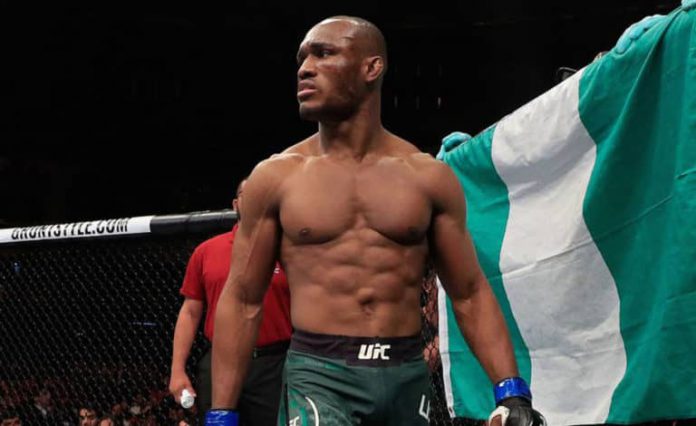 Kamaru Usman admitted that he has got no intention of striking with Leon Edwards. ‘The Nigerian Nightmare’ has been working on his standup skills for a while now and it’s paying dividends as he’s picked up KO/TKO wins in three of his last five fights.

Usman is so confident in his striking that he fancies himself in a boxing bout with Saul ‘Canelo’ Alvarez. Despite that, the UFC welterweight champion does not want to exchange shots on the feet with Edwards when they clash later this year.

Usman and Edwards first clashed all the way back in 2015. The welterweight duo, who was fairly new to the UFC at this point, battled it out for three rounds before Usman walked away with the unanimous decision victory.

Since then, ‘Rocky’ has put together a nine-fight winning run but is yet to secure what seems to be a long-overdue shot at Usman. The Englishman has been plagued by bad luck that has seen him pick up just one win in the last two years.

Dana White has confirmed that Edwards is next for Usman, who is currently healing up after undergoing an operation on his hand.
The 170lb pair is expected to rematch in the summer months of 2022.