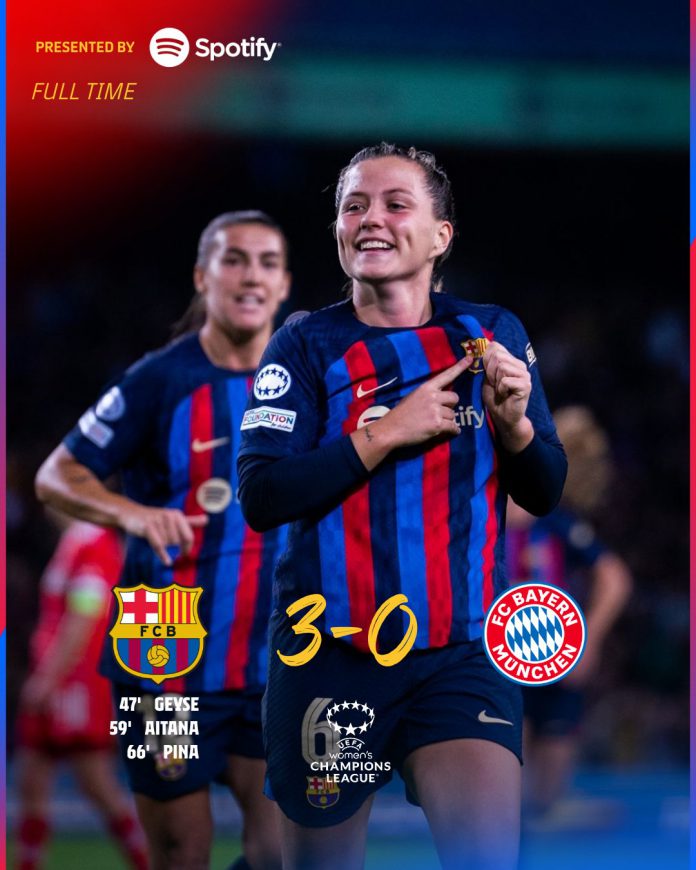 Geyse nodded in Ana-Maria Crnogorcevic’s header across goal two minutes into the second half.

England duo Lucy Bronze and Keira Walsh linked up well for Barca in an impressive win.

By playing in this match Walsh and Bronze became the first English players to represent Barcelona at the Nou Camp since Gary Lineker in 1989.

Fellow Euros winner Georgia Stanway was in the line-up for Bayern, who came up short against a classy Barca outfit.

The Lionesses trio all made moves away from Manchester City this summer, with Walsh joining the Spanish giants for a world-record fee.

The victory is Barcelona’s 12th in a row in all competitions and leaves the 2021 winners top of Group D having won all three of their games so far.

The match set a new record for a Women’s Champions league group game, with 46,967 in attendance. The reverse fixture is played at Bayern’s Allianz Arena in December.

It’ll be difficult for my wife to bounce back – Husband...