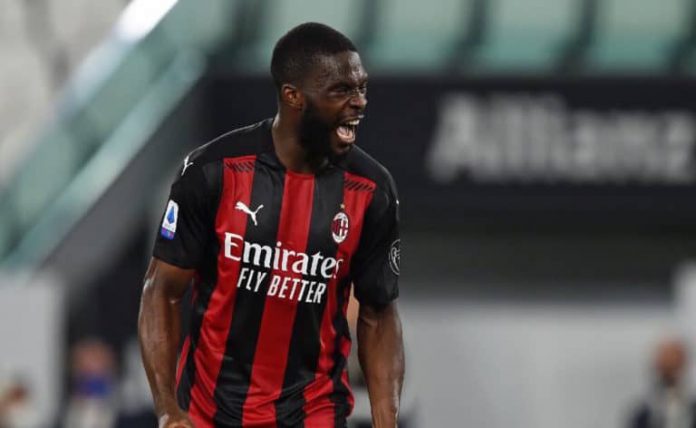 Manchester United is interested in AC Milan and former Chelsea defender Fikayo Tomori, according to reports. The ex-Blue put on a stellar performance last season for the Serie A champions, turning the heads of Premier League giants Manchester United, who, according to transfer specialist Di Marzio via Corriere della Sera have expressed interest in Tomori.

The report also suggested that the Milan management intends to extend the 24-year-old’s contract until 2027, with the Englishman’s current contract set to expire in June 2025.

During last season’s title-winning campaign, Tomori appeared in 40 games across all competitions for the Serie A giants, contributing to their league success.

The Red Devils are said to be on the hunt for a centre-back this summer after an appalling season from their current centre-backs, Harry Maguire, Raphael Varane and Victor Lindelof.

One of their main targets is Ajax’s, Lisandro Martinez. However, Erik ten Hag is yet to acquire the signature of the Ajax defender, and maybe the Red Devils are preparing for plan B.

Unfortunately, if that is the case, then ten Hag may struggle to persuade Tomori, who, according to Di Marzio, would not be interested in leaving the Rossoneri after last season’s triumph.