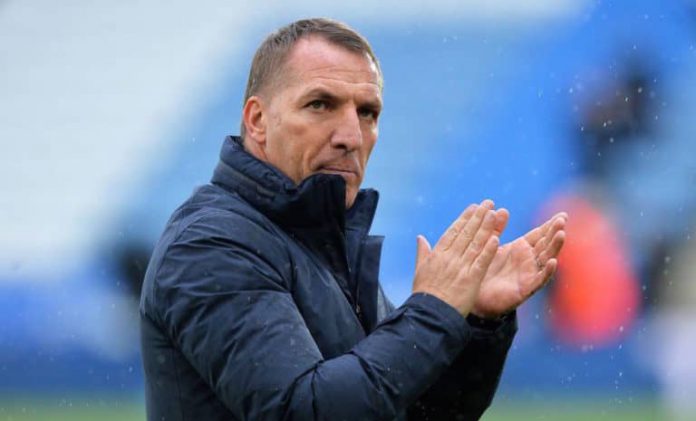 The 20-time champions of England relieved the Norwegian of his duties on Sunday morning, less than 24 hours after an embarrassing 4-1 defeat at Watford extended United’s slump to four losses in the last five Premier League outings.
United have placed Michael Carrick in interim charge but, according to The Sun, are moving quickly to appoint a new permanent manager and have made contact with Rodgers.

The report added the Old Trafford hierarchy would be prepared to pay Leicester £8 million in compensation to lure the 48-year-old away from the King Power Stadium.

Speaking ahead of Leicester’s match against Chelsea on Friday, Rodgers said it was ‘really disrespectful’ to ask him to comment on the rumours linking him with the United job.
‘There’s two things. Firstly it is really disrespectful to ask the question when you have a manager in place, a good manager and a good man, who is working hard at the club,’ he said.

’Secondly I can’t really comment on it, because it is not something that is real.

‘I am here as the Leicester City manager, proud to be here, privileged to be here and fully committed to the players, the club, the ownership.

‘That’s about it, all the other noise around that is something we can’t control.’
By Sunday night, however, bookmakers had installed the former Liverpool boss as the favourite to replace Solskjaer at Old Trafford.

APC should be begging for forgiveness, not campaigning — Mr Macaroni