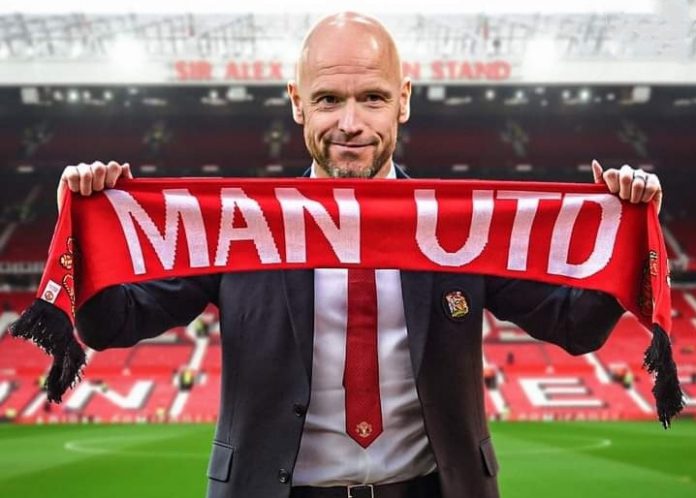 Manchester United have appointed Erik ten Hag as their new manager. The Dutchman has agreed a three-year deal with option of another year, and will take over at Old Trafford at end of the season.

The 52-year-old said after the announcement on Thursday: “It is a great honour to be appointed manager of Manchester United, and I am hugely excited by the challenge ahead.

“I know the history of this great club and the passion of the fans, and I am absolutely determined to develop a team capable of delivering the success they deserve.

“It will be difficult to leave Ajax after these incredible years, and I can assure our fans of my complete commitment and focus on bringing this season to a successful conclusion before I move to Manchester United.”

United were particularly impressed with Ten Hag’s record at Ajax, his style of football and his ability to improve young players.

Ten Hag has been at Ajax since December 2017, winning the league and cup double in 2019 and 2021, and leading them to the Champions League semifinals in 2019 after knocking out Real Madrid and Juventus along the way.

He was also incharge of Bayern Munich B team, where he worked under Pep Guardiola.

Qatar 2022: Liberia Camp In Disarray As Head Coach Refuse To...