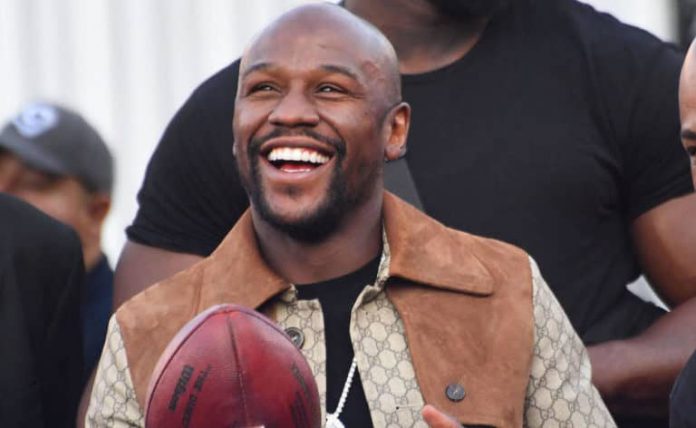 Floyd Mayweather Jnr has revealed it will take $200m for him to make a real return to the ring.

The American boxing great has teased a comeback to boxing by saying it would take that extraordinary figure to have a sanctioned bout. Mayweather, 45, has not had a proper fight since he extended his unbeaten record to 50 fights when he stopped Conor McGregor in 2017.

The multi-weight world champion has partaken in exhibition bouts since in Miami, Japan and Abi Dhabi since but these were not official bouts. He is planning more exhibition events but admitted he could also have a real fight.

“I’m still the most talked about motherf***** in boxing and I don’t even fight any more,” Mayweather told Fight Hype. “All I do is rob the bank and they’re going to continue to pay me. I got three more exhibitions this year, could be one fight and fighting in two exhibitions. But guess what, you better know it’s at least and this is the lowest I’m talking about $200 million.”

Mayweather and McGregor teased about a rematch recently on social media but there have been no real talks yet about the pair rekindling their rivalry for another money-spinning match up.

Those close to the former world champion, who exploded on the scene when he won bronze at the Atlanta Olympics in 1996, have also dismissed rumours of Mayweather being short on money.

Mayweather has continued to promote fighters in his time out of the ring with lightweight star Gervonta Davis his biggest name and the one he is pushing to be a big pay-per-view draw.

There has been calls for Davis to face recently crowned undisputed lightweight champion Haney or two-weight world champion and super-featherweight ace Shakur Stevenson but Mayweather has poured cold water on his man facing either any time soon.

“If Top Rank has Shakur Stevenson and Devin Haney, then they can fight each other,” added ‘Money’. “They shouldn’t worry about Tank. They should leave Tank to doing what he’s doing. As long as Tank is with Floyd and Al [Haymon] then he has nothing to worry about.”

“Sue me” – Model, Julia Fox defends sleeping in the same...

AFN Elections: WA, CAA Are With Us – Okowa