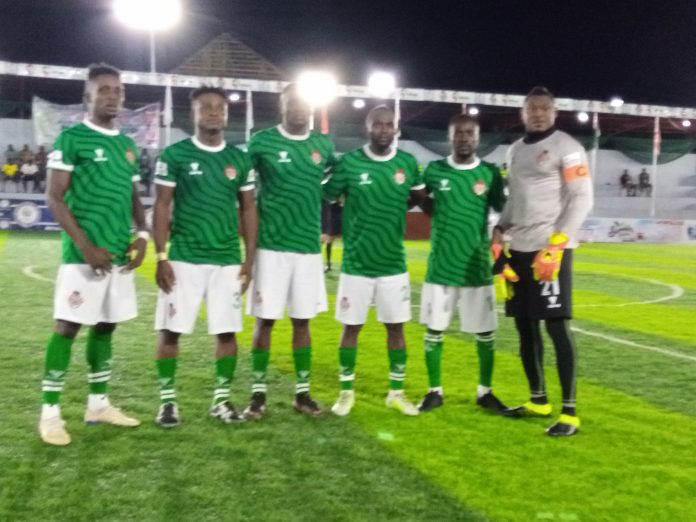 The head coach of Nigeria Minifootball national team, Fabian Edaba has urged Nigerians to be patient and continue to support the team with prayers in other to win their next two games and qualify for the knockout stages.

The coach stated that his boys shaky start in the competition was because Nigeria played with the two best teams in Africa in their first two group games adding that the team remained focus on their aim to qualify from the group and go ahead to win the trophy.

He said, “We know Nigerians are not happy with results but we urge them to be patient with the team and continue to support and pray for the players.”

He continued, “We played against the defending champions (Senegal) and I knew it will not be an easy match for us. It was a good game but we lost. The players remained focused and confident to win the two remaining matches against Zambia and Djibouti. We have played against the best two teams in African, we drew one and lost one (played 0-0 with Libya and lost 2-3 to Senegal).

“Our focus on lifting the title has not changed. I am sure we will qualify from the group and go ahead to lift the cup.” He concluded.

Having drew first game against Libya and lost to Senegal in the second match, Nigeria have to win their next two group games against Zambia and Djibouti to qualify for the knockout rounds.

NLO TV Will Change The Face Of Grassroot Football In Nigeria...

World Cup 2022: Christopher Nkunku out of France squad with leg...