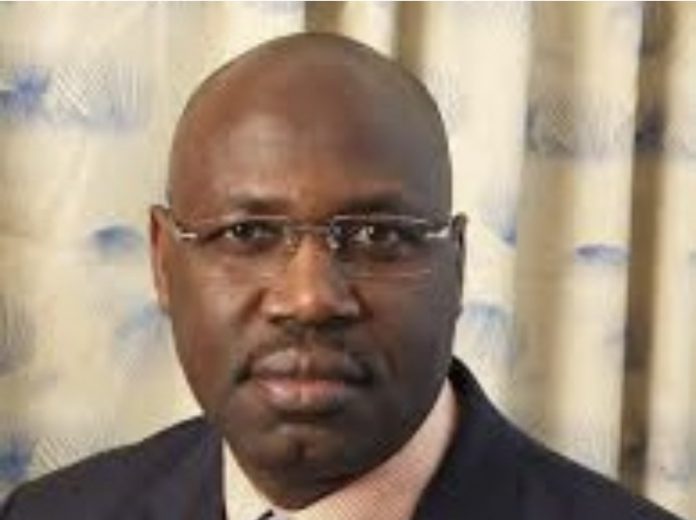 The Caretaker Committee Chairman of the Nigeria Basketball Federation Engineer Ahmadu Musa Kida has insisted that the Federation is going ahead with elections into the executive body of the Federation slated for Benin – City on 30th October.

Kida in a release he personally signed, rejected an earlier directives from Federal Ministry of Youth and Sports Development directing that the elections be postponed indefinitely.

Kida said the attention of the NBBF has drawn to an unsigned Press Release credited to the Permanent Secretary of the Federal Ministry of Youth and Sports (FMY& S), and dated 24th October, 2021, stating that the NBBF Elective Congress slated for Benin City, Edo State, on the 30th of October, 2021, as approved by the NBBF Extra Ordinary Congress of 9th October, 2021, in Abuja, which was in line with the provisions of the 2019 NBBF approved Statutes, has been postponed indefinitely.

“This purported postponement is without any legal basis and indeed an usurpation of the powers of the NBBF Congress as enshrined in the NBBF Statutes. It is also repugnant to Natural Justice, Equity and good conscience and amounts to an arbitrary use of power, after the ministry has confirmed on several occasions to the existence of our constitution and the supremacy of the NBBF congress to conduct its affairs as dictated by the NBBF constitution”.

“We make the above statement affirming that after 2017, from the FIBA fact finding Team’s visit to Nigeria in 2018, FIBA , supported by pronouncements by the Nigerian Courts, had put to rest who is the recognized President of the NBBF. The postponement of a duly approved Elective Congress under the guise of a non existent leadership tussle is therefore meant to mislead all concerned in order to justify this ultra vires act”.

“This contradicts the followings, in every material particular;
a. The FMY&SD had clearly stated vide their press release dated 30th of October, 2021. that the NBBF is amongst the 6 National Sporting Federations that have their approved Constitutions and these will guide their Electoral processes.

b. That at the request of the Nigeria Olympic Committee ( NOC), FIBA wrote a letter affirming that it had approved the NBBF Constitution which shall be the document to drive the NBBF 2021 Elections.
c. After several meetings called by the ministry and the NOC, between the Chairman, Caretaker Committee and the former NBBF President, Tijani Umar, the FMY&S released a Press Statement dated 30th September, 2021, to the effect that the NBBF Constitution approved by FIBA is sacrosant and its provisions shall be the binding document for the conduct of the 2021 NBBF Elections”.

Kida said based on the above, and in line with the provisions of the NBBF Constitution, the Federation held an Extra Ordinary Congress in Abuja on 9th October, 2021. The Congress, inter alia, set up an Electoral and Appeals Committeee and approved Benin as Venue for the Elective Congress (by 24 Yes Votes against 2 No Votes), which was also approved to take place on the 30th of October, 2021, in strict compliance to the provisions of the 2019 NBBF statues”.

“It is instructive to state that the Permanent Secretary, who issued the Press Release, postponing the Elective Congress scheduled for 30th October, indefinitely, delivered the Key Note Address at the Extra Ordinary Congress of 9th October, 2021. Also in attendance were the Representative of the NOC, Engr Tikon, Who was delegated to attend by the NOC President, Engr Habu Gummel and Director FEAD at the FMY& S Dr S. Evbojaiye”.

“This purported postponement by the Permanent Secretary, FMY& S, which has acknowledged that only the NBBF Congress has the powers to act, in line with the NBBF Statutes, leaves much to be desired. It is clearly an overeach to usurp the powers of the NBBF Congress, since the NBBF has a functional and approved statutes”.

“It is also instructive to note that all arrangements have been put in place for the Elective Congress in Benin and FIBA has already taken note of the date of the elective congress and has nominated a representative to monitor the Elective Congress. All the delegates to the elective congress have received their letters of Invitation and are ready to attend. All these congresses at a huge cost to the federation that has an deficit treasury”.

He said that fully FIBA is fully aware of happenings and In view of the full arrangements already made for the Elective Congress in Benin, on the 30th October, that the Elective Congress as approved by the Extrordinary congress of the 9th of October, 2021,will hold, unless it is decided otherwise by the NBBF Congress