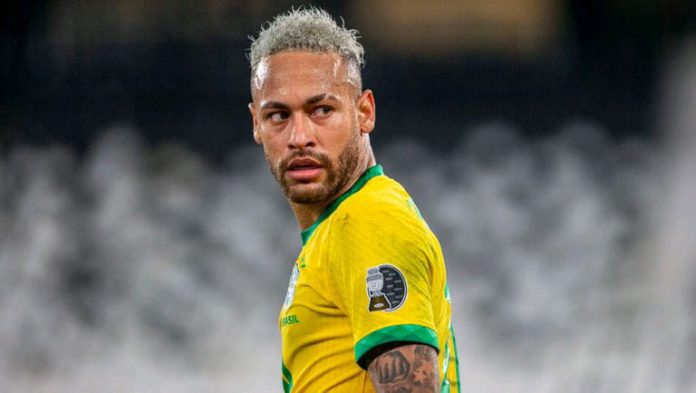 The 2022 World Cup will probably be the last major tournament in which both Lionel Messi and Cristiano Ronaldo will participate.

Messi has already stressed that this will be his last World Cup participation, but Ronaldo has yet to reveal whether he wants to retire from Portugal after the tournament.

Meanwhile, former Real Madrid playmaker Kaka didn’t hesitate to name his compatriot, Neymar, as the heir to the two superstars.

Kaka spoke to Italian media outlet La Gazzetta Dello Sport about Neymar’s role in the World Cup. With Messi and Cristiano soon to be out of the picture, it is the Brazilian forward’s turn to leave his mark.

“I would like Neymar to be anointed as their heir, this time around, considering his talent and the person and player he has become,” Kaka said.

Neymar is in top form, as he has scored 15 goals and recorded 12 assists in 19 games so far. If he leads Brazil to World Cup glory and keeps shining with PSG, he will become the main contender for the next Ballon d’Or award. Aged 30 years, Neymar knows it is now or never.

Kaka went on to indicate that his country are front-runners to win the upcoming World Cup tournament, also naming the other main contenders.

“Brazil are the favorites because they have been working on it for a long time,” Kaka added.

“It was right to appoint Tite, and the group has the right mix of youth and experience.

“The other main contenders are Argentina and France, while Serbia could be a surprise.”

President Ruto’s tax agenda: Do you know the types imposed in...